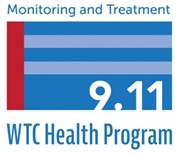 The World Trade Center (WTC) Health Program was established by the James Zadroga 9/11 Health and Compensation Act of 2010 (Act), and is administered by the National Institute for Occupational Safety and Health (NIOSH). The Program provides medical monitoring and treatment at no cost for enrolled responders at the WTC and related sites in New York City, Pentagon, and Shanksville, PA. It also provides services for enrolled survivors who were in the New York City disaster area. Health conditions, such as types of cancer, can be added to the list of WTC-related covered conditions after a valid petition has been received and the scientific evidence for causation by exposures at the attack sites is analyzed.

In September of 2011, the Administrator of the WTC Health Program, Dr. John Howard, received a petition from nine New York members of Congress asking him to consider adding cancer to the List. The Administrator reviewed the petition and requested the advice of the WTC Scientific/Technical Advisory Committee (STAC), which provided recommendations to add specific types of cancer. After reviewing the STAC’s recommendation, evaluating the available science, and considering public comment on a proposed rule, in 2012 the Administrator published a final rule which added certain types of cancer to the List and explained the approach used to add the types of cancer.

Recently, the U.S. Government Accountability Office (GAO) evaluated the World Trade Center Health Program’s approach to adding cancers to the List [see: http://www.gao.gov/products/GAO-14-606]. The GAO found that the Administrator used a hazard-based, multiple-method approach to determine whether to add cancers to the WTCHP list of covered conditions for which treatment may be provided. Experts who participated in a meeting held by GAO indicated that the Administrator’s approach was reasonable but could be improved. The GAO reports:

The GAO has recommended that, to help ensure future decisions are equitable and credible, the WTCHP Administrator should communicate clearly the approach used for determining whether to add conditions to its list, and include an independent peer review in the approach, seeking authority to extend time frames if necessary.

The Administrator appreciates the recommendations made by the GAO and will continue to use their findings to improve the WTCHP.

Dr. Middendorf is a Senior Advisor in the NIOSH Office of the Director.

This is so nice, great keep it up..

Its good that Cancer has been added to the list of WTC-related covered conditions. It will be a sigh of relief for many people.

Cdc failed to help first responders They are a disgrace & injustice to. This great city of newyork I was a first. Responder denied certification may. God bless the cdc & noish forgive Them for they do not know what They do

The wtc health program & CDC made terrible. Mistakes in certification. If the press. Or any news channel
Wants to interview me Michael Banahan. First responder I am avaibile to expose this. Respectfully submitted

The wtc health program nurses & doctors. Are very caring & concern the administrator. Noish @ cdc are not concern about the first. Michael Banahan first responder I
Been going to wtc health program many years Thank god I am alive