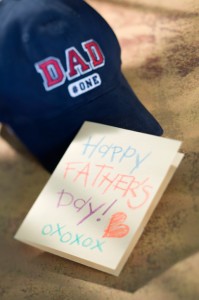 Did you know that the first Father’s Day has workplace origins?  On July 5, 1908, a West Virginia church sponsored the nation’s first event to explicitly honor fathers.1  The Sunday sermon was held in memory of the 362 men who were killed in explosions at the Fairmont Coal Company mines in Monongah, West Virginia the previous December.  These explosions remain the worst mine disaster2 and the worst industrial catastrophe of any kind3 in the history of the United States.  The 362 casualties left more than 1,000 widows and children.

While we can be thankful that mines and other workplaces are generally safer today than in 1908, sadly, there are still children left without fathers and mothers due to fatal  injuries and illnesses in the workplace. In 2010, a total of 4,690 U.S. workers died from occupational injuries.4 Another 49,000 annual deaths are attributed to work-related diseases each year.5 We still have a long way to go to ensure that all fathers and mothers return to their families at the end of each work day.

The 1908 commemoration honoring the fallen Monongah miners was a one time occurrence.  The following year, Sonora Smart Dodd, a woman from Spokane, Washington, tried to establish an official equivalent to Mother’s Day for fathers.  She wanted to honor her father, a widower who raised six children by himself.  She was successful and Washington State celebrated the nation’s first statewide Father’s Day on July 19, 1910.  It wasn’t until 1972 that Richard Nixon signed a proclamation making Father’s Day a federal holiday.

As you rifle through the ads encouraging you to buy your dad a new barbecue grill, polo shirt, or golf balls, be thankful that workplace safety and health protections have made it possible for more dads (and moms) to celebrate with their families each year.

2 comments on “First Father’s Day Tied to the Workplace”

Thanks for posting this. Here is a link to a short clip from Davitt McAteer’s 1985 25-minutes video – Monongah 1907. The entire video, rich with detail about this disaster also traces the development of mine safety laws in the US: [http://www.youtube.com/watch?v=8Nq2ryRSdpk]

Hello, I’m pleased to know about the first Father’s Day. The best thing a father can give you is his manly advice as a father…the best thing a son can give his father﻿ is to become a father greater than the one who gave him manly advice. Your dad is surely ONE PROUD PAPA! I enjoy on Fathers Day very much. Thanks!
@Bob