As we celebrate the 50th Anniversary of NIOSH, we look back on our history. The long hoped for goal of a federal entity devoted to occupational safety and health was taking shape in the mid to late 1960’s with collaborative work between and among scientists (both inside and outside of government), labor leaders, and legislators. Their hard work bore fruit and hopes became reality in the Occupational Safety and Health (OSH) Act of 1970.

Today we share excerpts from The National Institute for Occupational Safety and Health, 1971-1996: A Brief History by Lynne Page Snyder, Ph.D. Dr. Snyder completed the historical essay in 1998 while she was with the Office of the Public Health Service Historian at the National Institutes of Health, National Library of Medicine. Despite the title, Snyder’s work also traces the predecessors of NIOSH back to 1914. Here are a few excerpts from her essay. We have added some edits in brackets for clarity. You can read the full essay on Wikipedia Commons. 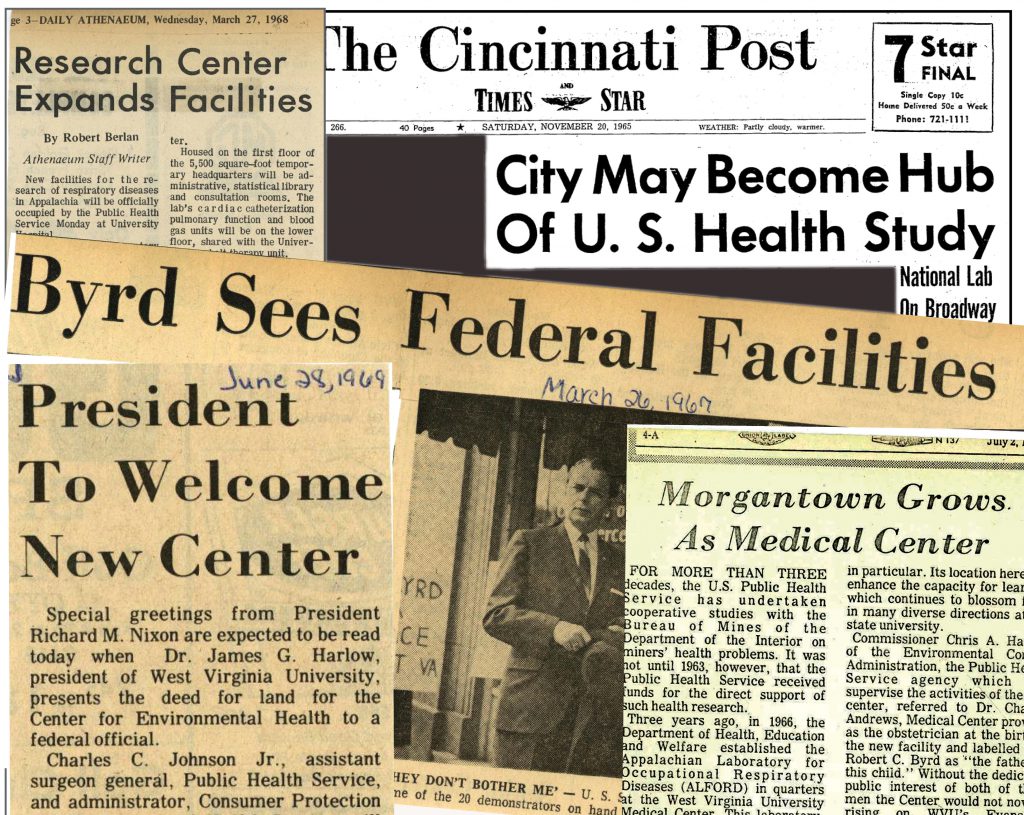 NIOSH officially came into existence on April 28, 1971, the date that the [OSH] Act of 1970 took effect. The new agency had a budget for 1971 of $17.6 million and 501 full-time positions. Like the old Bureau of Occupational Safety and Health, [its immediate predecessor], NIOSH was organized along functional, rather than professional lines [i.e., disciplines].

Initially there were 7 Divisions and Offices, located in Cincinnati, Ohio or Rockville, Maryland. These included the Divisions of Laboratories & Criteria Development; Field Studies & Clinical Investigations; Technical Services; Training; and Occupational Health Programs; the Office of Health Surveillance and Biometrics and the Office of Extramural Activities; plus the Appalachian Laboratory [in Morgantown, West Virginia], and the Salt Lake City Field Station [in Utah, with field activities related to uranium mining]. Most activities were based in Cincinnati.

NIOSH was charged with these major responsibilities, in Snyder’s words:

Much of NIOSH’s early work was devoted to meeting its obligations under the Mine Health and Safety Act of 1969. For example, about one-third of NIOSH’s research was devoted to coal mining and was based at the Appalachian Laboratory. In 1972 NIOSH formally began its Proficiency Analytical Testing (PAT) program for OSHA and DOl’s [Department of Interior’s] new Mine Enforcement and Safety Administration (MESA). Other programs added after 1972 Amendments to the Act included construction grants for treatment facilities and funds for research on diagnostic tools. NIOSH’s Testing and Certification Laboratory in Morgantown worked with MESA on respirators for miners.

Criteria Documents became a top priority during the 1970s. By the end of 1973, thirteen Criteria Documents had been released. The first Criteria Document, also the first to be acted on by OSHA, was for asbestos. It was published in 1971 and subsequently revised (1976) with a more stringent recommended standard.

To help set priorities for producing Criteria Documents and the list of toxic substances, between 1972 and 1974 NIOSH conducted the first National Occupational Hazards Survey (NOHS). NOHS surveyed 985,000 workers at 4,636 facilities. Results published in 1977 included the conclusions that one in four United States workers were at risk from deadly or disabling substances and that fewer than 5% of industrial workplaces had occupational health or safety programs.

These excerpts provide a glimpse into how NIOSH worked to achieve its mission in the early years. While the specific workplace hazards and industries of NIOSH’s focus have shifted over time, the major responsibilities described above remain at the core of the NIOSH mission.

Continue reading more of Lynn Page Snyder’s history of NIOSH. Stay up to date on how we’re celebrating NIOSH’s 50th Anniversary on our website. All blogs related to the 50th anniversary will be posted here. 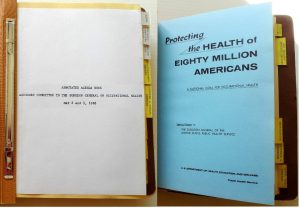 Occupational Safety and Health Act of 1970

The Presidents Report on Occupational Safety and Health (May 22, 1972)

Barbara L. Jenkins, MA, CA, is a Public Health Analyst in the NIOSH Division of Field Studies and Engineering and a Certified Archivist.

Thanks for a wonderful look at NIOSH’’s origins and early work!

Thanks for your encouragement, Elizabeth!