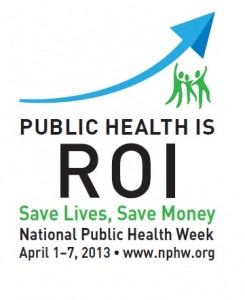 Here are some ideas to get you started.

Please share your thoughts below and feel free to use any of this information as you make the case for workplace safety and health.

Mr. Hearl is the NIOSH Economics Program Manager and the Chief of Staff in the NIOSH Office of the Director.

i. WORK EXPERIENCE OF THE POPULATION – 2011 http://www.bls.gov/news.release/work.nr0.htm

Very informative posting. Your Website style is awesome at the same time!

You know I love your blog!!!

Great blog. Good to know people having care on healthy workplace. Definitely workplace should be kept as healthy as our home. If it is not safe then it affects lots of people.

Its great that attention is being lavished this week. Many progressive employers have been proactive in this area and in workplace stress, with their own and outside programs.

This is the ultimate self-esteem corrector. Thank you for your post; it is a very important distinction…….

Very informative and interesting blog,thank you for posting.

Less employee illness means, less sick leave and that means more output than other organizations. So having a fit employee as important as an expert one.

I disagree workplace safety and health IS NOT public health.
Why does the government need to stick it’s nose in every thing?

I like and love this useful information for healthy environment in companies. When a employee become healthy then he can afford his best service for employed company.

I agree with you. Workplace health is Public Health.

This blog is great, I like this useful information for that workplace safety and health is public health. I appreciate it.

great points altogether, you simply gained a new reader. What would you suggest in regards to your post that you made a few days ago? Any positive?

PCA is a prime example of how workplace health is public health. That workplace was not fit for workers OR food production. Had it been fit for one it would have been better for the other, too.

As a Naniamo Chiropractor I make sure my patients know that sitting for a long time at work is not healthy and that they need to make strides to take walks, get up and move and stretch at least 2-5 minutes each hour. Great information.

Very informative contents. I agree with you. Workplace health is public health. That workplace was not fit for workers OR food production. Very informative and interesting blog,thank you for sharing.

I believe that we should not leave the risk of mental health issues behind. Current highly pressured job environment will bring impact to mental health that can cause physical health problems.

Thank you for your comment, which raises an important point. NIOSH does have an ongoing research effort on stress and worker health including many useful references on our topic page. NIOSH’s Total Worker Health (TWH®) program highlighted the connection between stress and physical health problems in an article by Dr. Naomi Swanson and highlighted in the TWH® Newsletter; scroll or search to “Women and Stress at Work” by Naomi Swanson, Ph.D.

I would tailor the approaches to be taken as to who the audience is; i.e. worker and managerial. On the worker level the line taken would be the avoidance of illness/injury resulting in time off and possible health care costs. At the managerial level the emphasis would be more (but not exclusively) on the need to comply with the relevant laws and statutes so as to prevent any legal action and penalties. I know that the latter may seem a little hard nosed but even the most recalcitrant manager would take this on board.

Thanks for your comment. We usually do try to align our messages to best suit our target audience, both in terms of motivation and also based on who has control or authority to institute changes. For example, workers are often encouraged to follow all safety rules and wear their PPE correctly and consistently; while employers may be urged to install engineering controls, provide appropriate PPE to their employees, and take prompt action to correct problems. In the realm of motivation, because employers often pay health insurance premiums and also suffer productivity losses when their employees are sick or injured, in addition to fines and civil penalties, we try to make them aware that the “hidden” costs of exposure to hazards can also negatively affect their bottom line.

Thanks for sharing this informative blog….

Absolutely fantastic posting! Lots of useful information and inspiration, both of which we all need!Relay appreciate your work.