Stress and Health in Law Enforcement 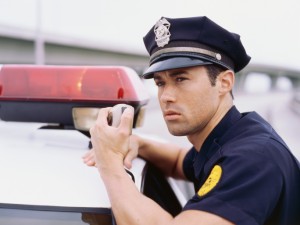 Earlier this month the International Journal of Emergency Mental Health released a special issue highlighting research from the Buffalo Cardio-Metabolic Occupational Police Stress (BCOPS) study and from related studies of morbidity and mortality among police officers. The BCOPS study is an investigation of the early or subclinical health consequences of stress in police officers and examines associations between a variety of officer exposures and outcomes including stress, shift work, traumatic incidents, lifestyle factors, stress biomarkers, body measures, and subclinical metabolic and cardiovascular disease.

Prior studies have found police officers to be at increased risk for cardiovascular events1 and suicide.2 Yet police officers represent a relatively understudied occupational group, particularly with respect to identifying early signs of adverse health outcomes. The introduction to the special issue emphasizes that although policing is a psychologically stressful work environment, filled with danger, high demands, ambiguity in work encounters, human misery, and exposure to death, its influences on the psychological well-being and physical health of officers needs further research.

The BCOPS study began in 2004, and is a collaboration between the National Institute for Occupational Safety and Health (NIOSH) and the University at Buffalo with tremendous support from the Buffalo, New York Police Department. A total of 464 police officers participated in the study which involved questionnaires measuring demographic, lifestyle, and psychological factors, DEXA measurements to record bone density and body composition, ultrasounds of the brachial and carotid arteries, 18 salivary cortisol samples throughout the day and in response to a series of challenges, and blood samples. A unique feature of this study is the utilization of both objective sleep quality measures (obtained by an actigraph—an electronic device that measures the quantity and quality of sleep) and daily work history records which date back to 1960. These measures allowed researchers to assess the effects of shift work and extended work hours on officer stress and fatigue, and examine the effects of work-related stress and fatigue on cardiovascular and metabolic disease risk. Preliminary research findings were summarized in a 2008 blog.

A brief overview of the research featured in the special issue focusing on stress and health in law enforcement follows.

Do health disparities exist for groups strongly influenced by the context of their occupation? Striking comparisons were found for BCOPS study officers. The prevalence of depressive symptoms in BCOPS study officers was nearly double (12.0% vs. 6.8%) that of the general population. Over 25% of BCOPS study officers had the metabolic syndrome, a group of factors believed to increase cardiovascular disease risk, compared to 18.7% of the U.S. employed population. Officers were nearly four times more likely to sleep less than six hours in a 24-hour period than the employed population (33.0% vs. 8.0%). (Hartley et al.)

Previous research indicates that the majority of suicides in working officers occur near retirement eligibility. The notion that retired officers are more likely to commit suicide was examined using employment, retirement, and mortality records for a larger group of Buffalo police officers who worked for five years or more between 1950 and 2005. Suicide rates were 8.4 times higher in working officers as compared to separated/retired officers. (Violanti et al.)

Records for the officers who worked between 1950 and 2005 were later matched with cancer registry records. Among white male officers, 18.2% developed cancer between 1976 and 2006. Their overall cancer risk was similar to that of the U.S. white male population, but an elevated risk of Hodgkin’s lymphoma was observed. The risk of brain cancer was slightly elevated and was significantly increased for officers with 30 or more years of police service. (Gu et al.)

The results presented in the special issue confirm and extend previous research on police officers. Information gained through the BCOPS study and other related investigations may be useful not only to aid further investigation of the health status of police officers, but may also be relevant for other high stress, first responder occupations. The BCOPS study offers useful information on associations between exposures and outcomes at a point in time. Yet, in an ongoing follow-up study with this same group of police officers, we will confirm if these observed relationships are likely to be causal, that is do earlier exposures to stress and shift work lead to changes in health outcomes over time.

Dr. Baughman is an Epidemic Intelligence Service Officer in the Biostatistics and Epidemiology Branch.

Dr. Hartley is an Epidemiologist in the Biostatistics and Epidemiology Branch.

Dr. Burchfiel is the Project Officer and the Chief of the Biostatistics and Epidemiology Branch. They are located at the NIOSH Health Effects Laboratory Division, Morgantown, WV.

Dr. Violanti is the Principal Investigator and a Research Professor in the Department of Social and Preventive Medicine, School of Public Health and Health Professions at the University at Buffalo, Buffalo, NY.

10 comments on “Stress and Health in Law Enforcement”

Being a policemen isn’t easy as think. They’re at risk of unhealthy lifestyle. They’re always tired, stress and etc. It just sad think that they’re also at risk of cancer because of their work.

I can’t believe suicide may also happen because of their emotional affections. Maybe the percentage of those officers who committed suicide just have personal problems.

We should salute our policemen for doing a great job on protecting us and making our place peaceful.

I agree wholeheartedly with your study – as a Police Supervisor, currently out due to being injured on the job, I find myself in allmost every one of your catagories somewhere in my time as a cop….

I hope further syudies will help you find ways to alleviate the risks, traumas and and related health issues.

Thank you for this information.

Great study. In working with police officers as well as correctional custody officers, it has been identified that the emotional surges experienced from dangerous situations within their daily responsibilities can create a type of euphoria; the highs are very elevated but then are countered by emotional lows that can sometimes become unbearable. This emotional levity can become addictive to where many are unable to relax and enjoy everyday life. This syndrome creates a vicious cycle; spending more time on the job to gain the emotional high and less time at home. Unfortunitely, it can be very difficult for family members to understand and even more difficult for the officer to explain or even understand what is going on.

the police are really working hard and for this motive, some sort of acknowledgement should be given to them. without law enforcement it is obvious there will be a lot of chaos every where. Great post. please keep it up.

I am so appreciative of the work of Dr. Violanti and his colleagues. We are finally getting real information regarding this prestigious, yet deadly profession. After medically retiring after 18 years and being diagnosed with PTSD and depression, I personally agree with all of their findings, either in myself or other officers I worked with. I now find myself trying to teach college level LE students to have a plan in place prior to entering this profession should they begin to notice the changes within themselves and others.

Hopefully we will be able to encourage the majority of administrators to take early preventitive measures to avoid the tragedies of officers untreated and suffering the affects of PTSD and depression. So much could be done if we can also teach officers that it is okay to ask for help and encourage other officers to reach out to their fellow brothers and sisters when they see the signs and symptoms.

Thank you again for your efforts and for publicizing your findings. God bless all of our police officers nation wide for the courageous job they do each and every day.

Good information. Its hard to imagine how much stress police officers are under and how that affects their health. Law Enforcement Education in health is as important as safty.

There is the link that rarely is talked about…I think the citizens served should be aware of this also…Well done indeed and keep up the awareness…A couple of quotes I use when stress catches up:

“LEADERSHIP IS A BEHAVIOR, NOT A POSITION OR TITLE” “If you listen to all the teachings carefully and apply them to your daily living, if you are always disciplined and prepared for anything, everything, if you have done right and good in your life and not left things undone, and you are willing to work hard, have faith, things will work out for the best!” -(Red Thunder- David Matheson).

Thank you for increasing awareness regarding dealing with disappointment, depression, emotional management and suicide. I speak worldwide on this topic as someone who contemplated suicide at the age of 12 and then years later as an adult after my ex-wife of 5 years had an affair and I went through my personal ground zero emotionally. By God’s grace I experienced breakthrough for a broken heart and overcome adversity to live victoriously, empowering people with life-changing messages to keep believing and live their dreams.

Serving in law enforcement can be an extremely stressful job. Police Academies teach their recruits to always expect and be prepared for violence against them. This trains the officer to put themselves in a hyper vigilant state while on duty. However when off duty the officer then moves into a depressive state to adjust to the change in stress. This can cause many psychological, behavioral, and physiological problems. However it is suggested that 20 minutes of aerobic exercise 3 times a week could help minimize the effects of stress on officers. If law enforcement agencies mandated duty time for officers to attend a gym or participate in PT exercises for 30 minutes 3 times a week this should decrease the effects of stress that officers suffer from.