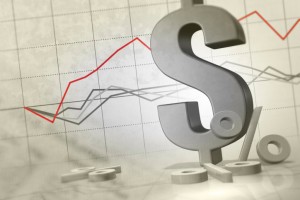 A recently published landmark paper by J. Paul Leigh (Milbank Quarterly 2011 89 (6):728-772 ) makes a significant contribution to understanding the economic burden of occupational illness and injury.  The paper entitled “Economic Burden of Occupational Injury and Illness in the United States” shows that the annual direct and indirect costs are at least $250 billion. This amount exceeds the individual cost of cancer, coronary heart disease, stroke, and diabetes.

As Leigh notes, the cost of injury, illness, and death from these other diseases are generally easier to assess because they require a small number of primary data sources, typically 1 to 4.  In contrast, estimates of the burden of occupational injury and illness are more difficult to accomplish because they rely on far more primary and secondary sources of data on more than 18 diseases and a substantial number of injury types.  In fact, Leigh used more than 40 data sets in conducting this rigorous analysis.

While the Leigh study is the most comprehensive analysis of the burden of occupational illness and injury in the U.S. ever conducted, the estimates, due to methodologic issues inherent in the data, still do not capture the full economic burden.  As Leigh indicated, the cost estimates did not include:

Although these exclusions were justifiable for methodological reasons, the study finding of a $250 billion economic burden is an underestimate of the true burden of occupational illness and injury.  Additionally, the Leigh study does not include the costs resulting from the interaction of occupational and personal risk factors (see previous blog: A Comprehensive Approach to Workforce Health) that lead to many diseases of public health importance.  The paper by Leigh is a scholarly advance and the most rigorous to date, but due to the lack of complete data on the prevalence, incidence, and costs of all occupational illnesses and injuries, further methodological work is needed to capture, among other factors, the true attributable fraction.   Identifying these exclusions and limitations of this study highlights the point that there is still much work to do in characterizing the true economic burden of occupational injury and illness.

This paper is a major step in illustrating the economic burden of occupational injury and illness and how this affects the economic health of the nation and the productivity of the workforce.  Leigh observes that  the cost of job-related injuries and illnesses are greater than generally assumed. However, the national investment in addressing occupational illness and injuries is far less than for many other diseases with lower economic burden even though occupational illnesses and injuries are eminently preventable.

As mentioned in the description of the NIOSH Economics Program the Occupational Safety and Health Act of 1970 (the Act) states:

“The Congress finds that personal injuries and illnesses arising out of work situations impose a substantial burden upon, and are a hindrance to, interstate commerce in terms of lost production, wage loss, medical expenses, and disability compensation payments.” [Section (2)(a)]

The paper by Leigh quantified the extent of that burden, which in part motivated the passage of the Occupational Safety and Health Act, and shows that this burden is still significant today. We welcome your comments and observations on the burden and the appropriate response to these observations.

Dr. Schulte is the Director of the NIOSH Education and Information Division.

Dr. Biddle is a Senior Research Economist in the NIOSH Division of Safety Research.

Mr. Hearl is the NIOSH Economics Program Manager and the Chief of Staff in the NIOSH Office of the Director.

The cost to employers will be passed on as tax deductions for them, which makes further inroads that will limit government spending.
Add to the projected $250B, the costs to treat and rehabilitate armed service personnel, which will create an even greater figure, and perhaps our government won’t be as hung ho about participating in wars that continue unabated, once the original cause of the conflict is less likely to be an issue for our country. Survivors of the middle east conflicts will have to be visible and vocal about their suffering and long term effects of their injuries, in order to focus attention on their needs.

Mental health programs have to be stepped up to head off further killings at home. While the Bates situation
received much attention, we don’t hear about individuals who wreak mental havoc with their spouses and children.
Those close to the mentally challenged have to receive counseling to cope with role changes and understanding that brings consolation.

Those costs must have priority when planning budgets in the civilian and military arenas. Through that, we should be able to identify behavioral dysfunction and prevent the acts that threaten millions of lives. Those who conduct the debriefings of personnel need to be of the highest caliber and stability.

‘An ounce of prevention is worth a pound of cure’

This is pretty cool work! The article mentioned the potential for preventing many occupational illnesses and their resulting costs–are there any preventive actions that are straightforward, effective, and would apply to a broad array of employers? That is, where would an employer hoping to combat this problem begin?

Thank you for your comment. Yes, there are many situations where there are cost-effective solutions to reduce risks from occupational hazards. Obviously, specific methods would depend on circumstances. A general paradigm is described on the NIOSH Engineering Controls topic page: http://www.cdc.gov/niosh/topics/engcontrols/. This site is an entry point for links to some specific solutions that are listed there for common problems. Another source is the NIOSH Prevention Through Design topic page: http://www.cdc.gov/niosh/topics/PtD/ where strategies are discussed for building in considerations for safety and health at the design phase of a project. This is often the most cost-effective way to address occupational safety and health risks.

Occupational illnesses and injuries are eminently preventable,
this is the key phrase.
Worry about costs is characteristic of good business methodology, and we worry about the proper maintenance of the machinery of our company and keep it from spoiling, we never save costs after the costs increase.
Humans are part of that machinery with a value greater and greater concern as such we have.
Analysis, planning, prevention, fitness = cost reduction
Kevin Escorts

“Occupational illnesses and injuries are eminently preventable” I agree with Kevin.
“employer costs for labor turnover, retraining and hiring etc.. ”

these are factors that people cannot understand until they have run a business themselves. Great article.

Having run a training business from scratch, most people who have never run businesses can’t fathom the plight that we business owners are in!