Applications of Polygenic Risk Scores to Population Health: Where Are We? 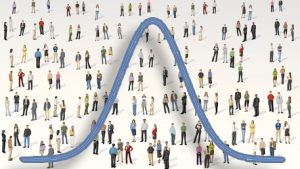 An international multidisciplinary group of experts in genetics, law, ethics, behavioral sciences, and other fields reviews the state of science on polygenic scores and highlights risks and gaps before widespread use in practice.

Polygenic risk scores (PRS) combine the small effects of many genes across the human genome to estimate the risk of a disease or disease-related trait for each person. We all have polygenic risks for many common complex diseases such as cancer, heart disease and diabetes. For any given disease, a PRS can be used in risk prediction, screening, and prevention as well as treatment and disease management. As opposed to rare genetic diseases, polygenic risk applies to everyone in the population, and thus PRS have the potential for broad-based clinical applications to population health.

Development and evaluation of PRS for potential clinical applications has accelerated over the past decade due to the availability of genome-wide association studies (GWAS). However, until recently, no PRS applications have had a strong evidentiary foundation for clinical practice and population screening.

In a recent article, the Polygenic Risk Score Task Force of the International Common Disease Alliance provided a state of science review of the potential health benefits of PRS including enhancement of disease prevention, more accurate diagnoses, and improved precision in prescribing medications.  For most diseases, combining PRS with non-genetic risk factors can improve clinical utility. The article discusses promising emerging applications. For example, persons in the top 8% of a coronary artery disease (CAD) PRS distribution have a risk comparable to that of those with a monogenic familial hypercholesterolemia mutation. Also women in the top 10% of a distribution of breast cancer PRS have a 30% lifetime risk of breast cancer, comparable to the risk of those with pathogenic mutations in several genes.  Of course, the clinical benefit of utilizing PRS for disease risk prediction also depends on the availability of effective interventions. For example, individuals with high clinical risk factors and an elevated CAD PRS may derive more benefit from statin treatment than would individuals at low polygenic risk.

Although we are enthusiastic about the potential for PRS to improve population health, we caution our readers that the field has not sufficiently matured to lead to evidence based recommendations for their use for specific clinical scenarios (i.e., CDC tier 1 genomic applications). Here we summarize some of the potential risks and current gaps in PRS evaluation and implementation, as discussed in the article.

A key risk of PRS is delivering incorrect risk estimates to the individual. For example, wrongly categorizing an individual as high genetic risk based on PRS could lead to inappropriate clinical actions.

PRS are susceptible to biases seen in the performance of general prediction models. The validity of PRS can be substantially increased if the individual or groups tested are not represented in the original study population. A major source of error for individuals of non-European ancestries is the lack of representation in the studied population. The majority of GWAS have been conducted in people of European ancestry. This leads to reduced predictive performance for PRS in individuals from other ancestries and can lead to widening of health disparities.

Potential risks remain even for PRS based on correct information. Such risks are related, in part, to communication of PRS information to individuals since the results are not diagnostic in nature like genetic disorders. The added value of PRS to overall disease risk reduction needs to be considered in addition to other known risk factors such as age, laboratory test findings and exposures.  Improper risk communication may result in psychosocial and physical harms from unnecessary interventions.

In addition, as PRS become more widely available, stronger protections against genetic discrimination are needed. This is particularly pertinent as researchers seek to increase participation in PRS studies from underrepresented racial and ethnic minority groups. Also, given uncertainties around PRS estimates, large-scale deployment of PRS could potentially feed a false narrative around genetic determinism.

PRS development typically involves selecting a set of genetic variants and testing the resulting PRS performance in an independent study. Scientific processes for evaluating validity and utility for improving have been inconsistent so far.

Gaps also remain in determining how PRS should be implemented. It is not yet clear how best to communicate individual PRS from laboratories and bioinformatics teams to health care providers, health systems, patients, and research participants. There are particular gaps in best practices regarding results reports for patients and integration in health records that require the need for implementation science.

The use of PRS in practice requires a process for demonstrating and refining clinical utility using a combination of clinical trials and real-world data. Regulatory frameworks are needed to ensure that PRS, are safe and effective by evaluating their quality, effectiveness, accuracy, and safety.  The rapid pace of PRS software tool development makes it difficult to determine regulatory needs, timing, and terms.

The rapid developments in the field of PRS is encouraging. As more evidence is accumulated, one should be constantly reminded that the evidentiary foundation for any genetic test, including PRS, should be limited to its intended use. The CDC ACCE framework (analytic validity, clinical validity, clinical utility and ethical, legal and social implications) can be applied to the evaluation of PRS in clinical practice.  Readers are encouraged to refer to the paper for a more in-depth analysis of the issues raised here and others that can lead to the responsible use of PRS in improving health and preventing disease.