How Common is Familial Hypercholesterolemia? 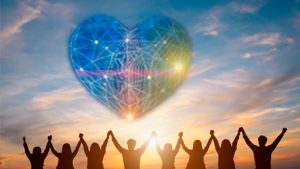 People with FH have elevated LDL-C from birth. This increases the likelihood that they will suffer heart attacks and heart disease at a younger age. FH is vastly underdiagnosed, with a majority of diagnoses made only after an individual’s first cardiac event. Yet many people with FH have a family health history of early heart disease, and family health history combined with elevated LDL-C levels can be used to identify those with FH. Early diagnosis of FH increases the chances of successful treatment.

Knowing the prevalence of FH can help stakeholders, such as health systems and health departments, plan for expected cases and promote coverage for evidence-based treatments for those with FH. Studies have estimated that the prevalence of heterozygous FH is 1 in 250 in the general population, both in the United States and globally. A recent meta-analysis by Hu and colleagues found that the global prevalence of heterozygous FH in the general population is closer to 1 in 311. The authors suggested that the inclusion of studies from more regions and the exclusion of those reporting founder effects may explain the difference in estimates. The study combined 62 articles (42 general population, 20 ASCVD) representing more than 7.3 million individuals from different global populations.

In addition, the study estimated FH prevalence among individuals with atherosclerotic cardiovascular disease (ASCVD). ASCVD is a type of heart disease that occurs primarily due to fatty build-up in the arteries. Using 20 studies including more than 48,000 individuals, the study authors found that FH prevalence among individuals with ASCVD was 1 in 17, 18 times higher than in the general population. When ASCVD was stratified by type, FH prevalence was highest among those with coronary artery disease (CAD) (1 in 16) and lowest among those with stroke (1 in 75).

The high prevalence of FH among people with CAD provides evidence supporting systematically screening those with CAD for FH, followed by cascade screening of family members of those diagnosed with FH. While this approach would not identify all those with FH, it is similar to the approach of genetic testing of individuals with certain cancers for hereditary cancer syndromes such as Lynch syndrome. However, while genetic testing is required to identify those with hereditary cancer syndromes, family members of people with FH can be tested by measuring their LDL cholesterol concentration, genetic testing, or both. Identification of the causative genetic mutation can facilitate screening of family members—cholesterol levels can change but genes don’t—but the diagnosis of those with FH is what matters most.

A more population-based approach relies on screening lipid levels. FH causes elevated LDL-C levels from birth and cardiovascular changes can be detected in childhood, making early identification of those with FH especially important. A recent study showed improvements in LDL-C levels for children with FH treated with lipid-lowering treatments. However, many health care providers do not screen cholesterol levels for all children in their care, meaning that high LDL-C levels might not be detected until adulthood. Recommendations for cholesterol screening in children differ: while the National Heart, Lung, and Blood Institute (NHLBI) guidelines recommend universal cholesterol screening for children at ages 9-11 and 18-21, the United States Preventive Services Task Force found insufficient evidence to recommend for or against cholesterol screening in children.

A diagnosis of FH can inform how a person’s care is managed, which can result in better health outcomes. A first approach often used for addressing high cholesterol in the general population, diet and exercise alone are not sufficient to reduce cholesterol levels in most people with FH. Waiting to see results from these behavioral interventions can mean delays in starting needed treatment. A diagnosis of FH can trigger more aggressive or different drug regimens, such as high intensity statins and PCSK9 inhibitors. Identification of FH in one person can lead to cascade screening to identify other family members with FH. But people with FH need to be diagnosed before these benefits can occur. Hu and colleagues estimated that globally only about 1% of the approximately 25 million individuals with FH are diagnosed. Another study of people diagnosed with FH found that on average study participants were not diagnosed until age 50.

Reflecting the public health importance of increasing identification of FH in the population, CDC designated cascade screening of relatives of those diagnosed with FH as a tier 1 genomic application. Studies have shown that cascade genetic screening for FH is cost effective. CDC has worked to increase awareness of FH, including the development of web pages on FH. State health agencies have increasingly expressed interest in implementing activities to improve identification and health outcomes of state residents with FH. One potential model is the CDC State Cancer Genomic Program, which has offered the opportunity to pilot programs and raised awareness of the importance of cancer genomics among public health workers, clinicians, and the general public. Alternatively, FH activities could be integrated in broader initiatives, such as those for screening cholesterol or collecting family health history. Piloting screening of those with CAD for FH might be another approach.

Whichever approach to early identification of those with FH is taken, with over 1 million people in the United States and 25 million globally with FH and many of them undiagnosed, the public health burden of FH is increasingly clear.