Can an Aspirin a Day Prevent Colorectal Cancer in People with Lynch Syndrome? 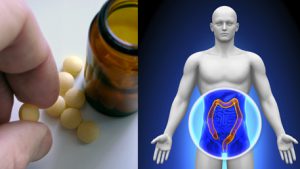 Encouraging news for group at much greater risk of CRC

Lynch syndrome (LS) is the most common cause of hereditary colorectal (colon) cancer (CRC). People with LS have a 50-70% risk of developing CRC in their lifetimes – far higher than the 4% risk within the general population where CRC is a leading cause of cancer related death in the U.S for cancer affecting both men and women. People with LS often develop CRC at much younger ages than the general population and are at higher risk for many other cancers as well. Current evidence-based guidelines for people with LS recommend colonoscopy at younger ages and at more frequent intervals – in order to find polyps and CRC earlier for better outcomes. Unfortunately, there are no evidence-based guidelines recommending any medicines or drugs which can actually prevent CRC among people with Lynch. However, new draft guidance from the UK’s National Institute for Health and Care Excellence (NICE) could dramatically change this outlook.

The new NICE draft guidance based on a groundbreaking clinical trial

In review, at the time of this blog, NICE is circulating draft language, based on clinical trials, which essentially states that an aspirin taken daily for more than two years reduces the risk of CRC among people with LS. In one clinical trial, comprised of 861 people with LS, participants were randomly assigned to either an aspirin or placebo group. After almost 5 years of follow up, about 7% of those in the placebo group developed primary colorectal cancer versus about 4% of those in the group taking a daily aspirin. Adverse events did not vary significantly between the 2 groups during the intervention time period for which data were available, though further studies are needed to establish the optimum dose and duration of daily aspirin and to better understand potential long-term adverse effects.

Among people with Lynch syndrome, benefits of daily aspirin might far outweigh harms

Over the past decades, the use of daily aspirin in the general public at various age groups to prevent cardiovascular disease and colorectal cancer has been debated and studied. When used in the population at large, the potential benefits of aspirin (low dose or greater) must be weighed in comparison with potential harms which can include gastro-intestinal bleeding and hemorrhagic stroke. In many cases, the available evidence did not support the use of a daily aspirin, particularly among people with average risk. However, among people with LS who face a high risk of morbidity and mortality from CRC, the balance of benefits might substantially outweigh the potential of harms.

If, as anticipated, the draft guidance becomes formalized, the new NICE recommendation will also become a new CDC Tier 1 genomic guideline – defined as having significant potential for positive impact on public health based on available evidence-based guidelines and recommendations. We maintain a growing number of such applications on our Genomic Tests and Family Health History Applications by Levels of Evidence Table.

What can people with Lynch syndrome do now?

For people with LS, the new NICE draft guidance provides an optimistic outlook and the potential to garner greater personal control over their health. While the final NICE guideline process continues to progress, LS patients can talk to their health care providers now about the clinical trial results. People with LS can also encourage their parents, children, sisters, and brothers to be tested given that 50% of their first degree relatives will also have LS and could likewise benefit from earlier screening and interventions.