Your Top 10 Public Health Genomics Knowledge Base Searches in 2018!

Recently, USA Today revealed 2018’s most popular Google search terms with (the) “World Cup” topping the list. Aptly named, the event, taking place in Russia during the summer, was also the most watched sporting event on the planet. 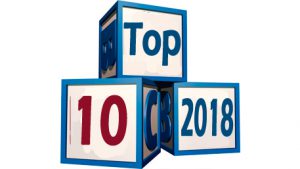 Within the “world” of public health genomics, we are also reflecting on an eventful year, making this a good time to review the top 2018 Public Health Genomics Knowledge Base (PHGKB) search terms. Launched in late 2015, PHGKB users have since logged over 1 million page views. A brief look at the tool’s most popular search topics provides an interesting perspective about trends in the field.

Rare diseases continue to be one of the most searched topics in PHGKB. Collectively, rare diseases affect about 25 million people in the United States, and about 400 million worldwide. Most rare diseases have a genetic and/or congenital cause. To date, more than 7,000 rare diseases have been described, and for over 4,000 conditions, researchers have found underlying genetic causes. Because of the rarity of these conditions, many affected patients often go through a “diagnostic odyssey.” PHGKB is a useful tool to help providers and specialists determine an appropriate diagnosis or treatment. The public health response to rare diseases can also benefit from the addition of a genomic component.

A term highlighted by the 2015 U.S. Precision Medicine Initiative, precision medicine is concerned with maximizing health care benefits by taking into account individual variability in genes, environment, and lifestyle.

Similar in scope to precision medicine and first described in 2015, precision public health is about delivering the right intervention at the right time to the right population. The term’s use has greatly expanded, reflecting heightened interest in using genomics as well as a wide array of coordinated tools and methodologies to improve the practice of public health in the near future.

Familial hypercholesterolemia (FH), a Tier 1 genomic application condition, is one of only two search terms that have remained on the PHGKB top 10 list for three years in a row. FH affects an estimated 1 million Americans and substantially increases the risk of heart disease or stroke due to mutations leading to high cholesterol levels beginning at an early age. Fortunately, early and appropriate FH diagnosis and treatment, as well as cascade screening in families, saves lives.

While the science has yet to mature, interest in the interaction of nutrition and genes for health has long been an area of research. A PHGKB search on the topic provides a broad return of articles.

Monitoring and working to reduce health disparities is an important, long term public health goal. This focus may be especially important as it pertains to genomics to ensure that the health benefits of the emerging technology can apply to everyone and not just a few. The presence of the term “disparities” in our top 10 list shows that many share this concern.

About 1 in 59 children have been identified with autism spectrum disorder (ASD). While there remains a great deal we do not yet understand about autism, most scientists agree that genes are one of the important risk factors that can make a person more likely to develop ASD. Autism is an active area of genomics research and is beginning to have genetic testing implications in clinical practice.

It is no surprise that “personal genomics” ranks high on the list of search topics. Personal or consumer genomics refers to genetic testing that was not ordered by a health care provider. In a blog, earlier this year, we reported that consumer genetic testing has now become mainstream with over 12 million people having participated—a two fold increase in 2017 alone. However, consumers should be aware that the balance of health benefits and harms of direct-to-consumer genetic tests has not been fully established.

In 2016, “genetic counseling” was the ninth most popular search term, before moving to the number four position in 2017, and in 2018 to number one. Perhaps this rapid rise of interest should not be surprising. Genetic counseling is one of the fastest growing professions in the United States and is predicted to grow 29% by 2024. With the recent explosion of genetic test usage, what was once an obscure field is now a mainstream, health care role.

As we review and close out another exciting year of advancements in public health genomics, we look forward to helping you keep up with new developments in the field through using and improving PHGKB in 2019.

As always, we welcome your comments and input.