Contributions of Public Health in Reducing the Population Burden of Familial Hypercholesterolemia: Challenges and Opportunities 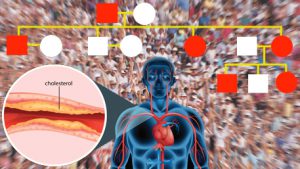 In October 2018, we attended the fifth annual Global Familial Hypercholesterolemia (FH) Summit. This gathering of more than 300 people from over 30 countries included patients, researchers, government organizations, practitioners, health systems, implementation science experts, and industry. The event focused on methods for accelerating uptake of evidence into clinical practice and health policy. The event also featured a special commemoration of the 20-year anniversary of the World Health Organization global report [PDF 2.44 MB]on FH that included recommendations for reducing the burden of premature heart disease and death by making early diagnosis and treatment of FH a reality.

Since the first global FH summit in 2013, stakeholders have increasingly collaborated to develop and evaluate effective implementation approaches to reduce the population burden of FH.

The framework of the three core public health functions (surveillance, policy development, and assurance) and ten essential public health services can provide a place to start. The table below is a brief summary of these approaches. It also present examples of ongoing challenges and opportunities to consider in reducing the burden of FH. For comparison, our readers are encouraged to assess how public health is addressing hereditary cancer (HBOC and Lynch syndrome). A recent CDC publication summarizes almost a decade’s worth of public health activities in hereditary cancer using the CDC science impact framework.

We look forward to furthering collaborations among various stakeholders in order to improve detection, evaluation, case finding among relatives, risk assessment, and treatment to reduce the burden of FH in the United States and globally.

A Public Health Approach to Reducing the Burden of Familial Hypercholesterolemia: Challenges and Opportunities

One comment on “Contributions of Public Health in Reducing the Population Burden of Familial Hypercholesterolemia: Challenges and Opportunities”