Can Genetic Risk Scores Score a Win for Precision Prevention? Time and Rigorous Studies Will Tell 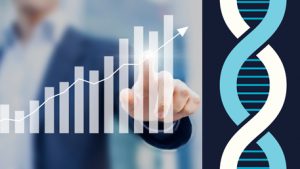 In May 2018, CDC’s Office of Public Health Genomics, the National Cancer Institute’s Division of Cancer Control and Population Sciences, and the National Heart, Lung, and Blood Institute’s Center for Translation Research and Implementation Science held a special webinar titled: “Using Genetic Risk Scores in the Prevention and Control of Common Diseases: Opportunities and Challenges.” The event featured two outstanding speakers, Drs. Cecile Janssens and Sekar Kathiresan, who discussed the scientific promises and challenges of using genetic risk scores in clinical and public health practice with an emphasis on prevention, using cancer and heart disease as examples. More than 200 people attended the webinar (available online). The discussion indicated that the scientific merits of genetic risk scores (GRS) are still widely debated and no consensus on how to approach this field has emerged.

Genetic risk scores hold great promise in “stratifying” the population for screening and prevention. Persons at the high end of the score could be screened more, whereas people at the lower end of the risk score could be screened less or not at all. Such a strategy has significant implications for quality of care and health care costs, and also moves us closer to precision prevention.

So what are genetic risk scores and what is the fuss about them for clinical and public health practice?

Genes are involved in almost all aspects of health and disease. At the extreme, we have thousands of individually rare and collectively common “genetic diseases,” such as Phenylketonuria and cystic fibrosis that have genetic changes (or mutations) that can lead to high risk of disease. These genes are passed on in families using Mendelian principles (e.g., autosomal recessive or dominant). For most common diseases, such as cancer and diseases of the heart and blood vessels, the contribution of genetic diseases to the total burden of disease in the population is modest, accounting for less than 5-10% of cases in the population. In the past two decades, however, genome-wide association studies (GWAS) have uncovered many variants throughout the human genome in multiple genes, each with modest increased risk (e.g., relative risks of 1.1 or 1.2) acting together and along with environmental factors to cause common diseases. The contributions of these multiple genes to most common diseases can be captured under the heading of polygenic inheritance, in which additive effects of numerous genes create a normal distribution of disease risk in the population that can be quantified using additive genetic risk scores. GRS for various diseases, such as type 2 diabetes, hypertension, coronary heart disease, breast cancer, prostate cancer, multiple sclerosis, and others, have been developed but have largely undefined clinical validity and utility in unselected populations. Collectively thus far, analyses have shown that the contribution of multiple variants will be limited in predicting disease for any individual variant due to the small effect of individual variants on disease risk. As a result, nearly all individuals are at slightly increased or slightly decreased genetic risk for any given disease, as compared with the average population risk. For people at the extremes of the distribution, disease risk can be markedly increased, however. This holds great promise in “stratifying” the population for screening and prevention. Persons at the high end of the score could be screened more, whereas people at the lower end of the risk score could be screened less or not at all. Such a strategy has significant implications for quality of care and health care costs, and also moves us closer to precision prevention. The National Cancer Institute sponsored a workshop that explored the impact of polygenes on cancer screening and resulted in a call for additional research and evaluation.

The potential public health impact of GRS can be large.

Khera and colleagues recently showed that the GRS can identify 2.5% of all individuals with a four-fold increased risk for coronary disease that is similar to FH disease risk. They also observed similar patterns with GRS for breast cancer and severe obesity. The implications of these findings for clinical practice and disease interventions are not entirely clear. Whether or not, people with high GRS are identified through other means (e.g., simple cholesterol tests, environmental risk factors, or simple family history) or require interventions (i.e., statin treatment) is unclear at present. Genetic risk-­stratification models must have adequate discrimination and calibration, and should produce several strata of the population for which different management strategies are needed and available to improve population health outcomes. A major translational challenge is to assess the added value of GRS compared or in addition to existing disease screening or intervention approaches based on age, family history and interacting environmental risk factors.

As genetic diseases affect only a small proportion of the population, we all carry genetic risk scores for a wide variety of disease outcomes. Information that could stratify interventions, such as screening and prevention, could go a long way in convincing skeptics about the value of genetics for population health. It could also help advance shared decision making and improve patient-centered care for screening and disease prevention.

We would like to get our readers’ thoughts and input on the value of genetic risk scores for disease prevention and population screening. Please check out the one-hour webinar and submit your comments here to continue the conversation.