Evaluating the Impact of Precision Medicine: How Ivacaftor Reduces Hospitalizations of Patients with Cystic Fibrosis

Posted on May 8, 2018 by Ridgely Fisk Green, Office of Public Health Genomics and Scott Grosse, National Center on Birth Defects and Developmental Disabilities, Centers for Disease Control and Prevention 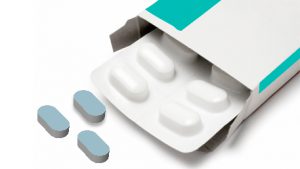 Precision medicine takes into account individual factors in treating disease, targeting interventions to patients that can benefit the most. Population-based studies evaluating precision medicine approaches are important to determine whether the field can fulfill its promise for improved health outcomes.

A prime example of precision medicine is ivacaftor, a small molecule drug originally developed to treat the G551D CFTR gene variant that causes about 3-4% of Cystic fibrosis (CF) cases. CF is a life-threatening genetic disease affecting approximately 35,000 people in the United States and 70,000 globally. While improvements in clinical care have led to decreased mortality of individuals with CF, pulmonary morbidity (often leading to in-patient admissions) had not shown similar decreases prior to ivacaftor. Unlike previous treatments, ivacaftor targets the underlying cause rather than just treating symptoms. The Food and Drug Administration (FDA) approved ivacaftor for treatment of patients with CF who have the G551D variant in January 2012. In 2014, the FDA expanded the ivacaftor label to nine additional mutations that cause similar defects to the CFTR protein as the G551D variant. In 2018, the FDA further expanded the label to include 28 more mutations. Combined, these expansions tripled eligibility, to 14% of the population with CF.

Previous studies have shown that ivacaftor significantly decreased pulmonary morbidity, lowered hospitalization rates, and improved weight gain and quality of life in patients with the G551D variant. Our recent study, which we conducted in collaboration with researchers at the Cystic Fibrosis Foundation and Boston Children’s Hospital, expanded on earlier findings, by using people with CF taking ivacaftor as their own controls. (The pre-ivacaftor period was the 12 months before an individual’s first filled prescription and the post-ivacaftor period was the 12 months after the first filled prescription.) Our study analyzed administrative claims data from the Truven Health Analytics MarketScan Commercial Research Database, a US sample of private health plans provided through employers with data for tens of millions of individuals with employer-sponsored insurance. Our study included individuals who started taking ivacaftor in 2012 to 2015, allowing us to compare outcomes in those taking the drug before and after the label expansion.

Some have voiced concerns that improved outcomes from precision medicine come at a high cost, both in terms of money and opportunities. While ivacaftor use was associated with 60% lower per-person inpatient expenditures in the year following initiation relative to the year preceding ivacaftor use, from $17,779 pre-ivacaftor to $7,162 post-ivacaftor (2016 US dollars), ivacaftor is listed at $311,000 per year. Most US public and commercial payers cover ivacaftor. However, access to ivacaftor and other precision medicines may vary by socioeconomic status, with a potential to worsen health disparities. Our study was limited to patients with comprehensive employer-sponsored private health insurance. A substantially smaller proportion of patients in a secondary analysis of a Medicaid sample filled prescriptions for ivacaftor, but some of the Medicaid enrollees may have had private insurance that paid for the medication; more work is needed.