Dear John, There’s no point in waiting any longer. Let’s call it quits… 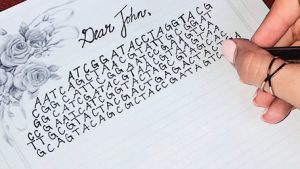 In 1999, Dr. Francis Collins, director of the Human Genome Project, provided a bold vision for what the practice of genomic medicine might soon look like. Collins described the case of a hypothetical man named “John,” a 23 year-old smoker living a decade into the future in 2010. “His substantial risk of contracting lung cancer provides the key motivation for him to join a support group of persons

…genomics would, in the not too distant future, move beyond basic research and become a real tool to save millions of lives.

at genetically high risk for serious complications of smoking, and he successfully kicks the habit.” Through the example of smoking, the point was made that genomics would, in the not too distant future, move beyond basic research and become a real tool to save millions of lives. Worldwide, tobacco use, was (and is) the leading cause of preventable death. In the U.S. alone, 46.5 million (23.5%) adults were smokers in 1999. Despite the problem’s magnitude, however, many scientists and public health practitioners were skeptical that an investment in genomics could ever pay off.

In 2012, two years after John’s story was to play out, we reviewed the state of the science for genomics and smoking cessation in our blog, Smoke Screen. We reported that, despite progress, there were still no validated genetic tests ready to address the problem of smoking, and that no one should use a genetic test result or family history as a reason not to quit. However, there had been some progress in genomics research in three main areas: understanding molecular mechanisms of smoking-related diseases, using genetic susceptibility to begin to identify higher risk groups of smokers, and tailoring smoking-cessation programs to individuals. Meanwhile, many Americans needed no genetic test to stop smoking. In 2012, the number of smokers had declined to 42.1 million (18.1%) U.S. adults. 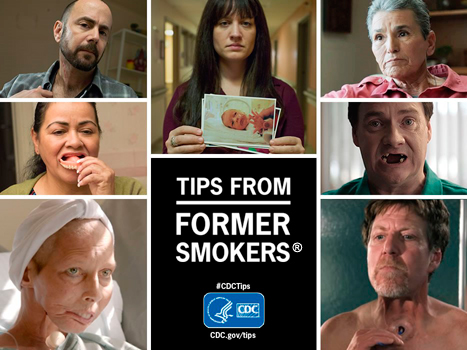 In January of this year, CDC released the latest data revealing that in 2016 almost 38 million (15.5%) U.S. adults were current cigarette smokers. The new numbers demonstrated further public health success – but also that room for substantial improvement remains. Meanwhile,  research continues into how to reduce tobacco use and risk. With our regularly updated and searchable Public Health Genomics Knowledge Base (PHGKB), we try to stay on top of the developments in the field of genomics and smoking cessation. While we still don’t have a scientific breakthrough, several recent articles regarding genomics and smoking are noteworthy.

New genomics research provides hope for smoking cessation, but we’re not there yet.

Promising, new genomics research provides hope that Dr. Collins’ precision medicine vision will one day be realized for smoking cessation. Until that time, however, our conclusion remains the same. There are still NO validated genetic tests that can help smokers kick the habit. Smoking is fundamentally harmful to health regardless of one’s genetic makeup or family history.

Dear John, Don’t miss the opportunity for better health and a better life!

So here’s our advice for “John” (and for all real-life smokers):

You’re 31 now. Every year that goes by, and you remain a smoker, is a year of missed opportunity for better health and a better life. About a half a million Americans die every year from smoking. However, if you quit now, you can substantially lower your health risks and add years to your life! Please don’t wait for a genetic test to be ready before seeking help to quit. Your life is too valuable.

As always, we welcome your comments.

4 comments on “Dear John, There’s no point in waiting any longer. Let’s call it quits…”

Several of my family members have died from smoking and could have been on these posters. The truth is scary. I feel like if anything we are more likely to get a disease in my family. But seems like it harder to stop when everyone around you is smoking. We don’t talk about it much. Are there any programs for families to try to quit?

Thank you for your post. Friends, family members, and significant others play a big part in helping a person become smokefree. That’s because people who feel supported are more likely to quit for good. We know how difficult quitting can be, especially when those around you still smoke. There is a free resource that can help you and your family members take the first step. Call 1-800-Quit Now, you can speak with a trained cessation expert who can offer advice, support, and information on resources available in your area.

First things first, you CAN stop smoking. Don’t let a slip-up be the end of your quit attempt. Hang in there! It takes most people more than one try to stay smokefree. Think of your slip as just practice. By applying what you learned, you will have a better chance of staying quit next time. We know that it’s not easy, but the benefits always outweigh the struggle. There is free help available if you need it. By calling 1-800-QUIT-NOW, you can speak with a trained cessation counselor, who can offer advice, support, and information on local resources that may be available in your area. We also recommend that you check out our online quit guide for lots of helpful tips and information: https://www.cdc.gov/tobacco/campaign/tips/quit-smoking/index.html