Evidence Matters in Genomic Medicine- Round 4: Where are we with Pharmacogenomic Tests? 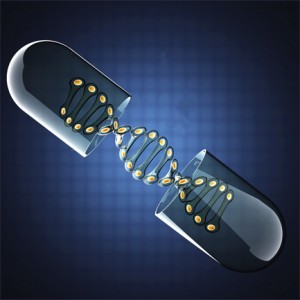 Previously, CDC’s Office of Public Health Genomics announced a list of health-related genomic tests and applications, stratified into three tiers according to the availability of scientific evidence and evidence-based recommendations and systematic reviews. The list is intended to promote information exchange and dialogue among researchers, providers, policy makers, and the public.

Initially the table relied on generalized examples of how genomic applications could be classified among tiers. We planned to expand it, however, populating it with specific examples. The table grew quickly, and previous blogs describe the addition of specific cancer genomic tests and family history applications. Then we moved on to include pharmacogenomics tests in the table and that’s where things got really interesting!

We started out with the FDA Table of Pharmacogenomic Biomarkers in Drug Labeling which currently lists over 155 examples of pharmacogenomic information in drug labeling. As we sifted through them, we could see that our initial classification criteria were just not quite equal to the task of addressing the challenges of pharmacogenomics. We went back to the drawing board (several times!) and eventually hammered out a modified set of criteria that accommodate pharmacogenomic applications, as well as the previous categories of tests we had classified. The updated criteria are now shown at the top of our evolving tier table, and we published a paper in the April 2014 issue of Clinical Pharmacology and Therapeutics that describes the method.

To date, our evolving tier table contains 97 of the 155 pharmacogenomic examples listed in the FDA Table of Pharmacogenomic Biomarkers in Drug Labeling. About one third (n=33) of these have been classified as tier 1/Green category, which are genomic applications having a base of synthesized evidence supporting implementation into practice. The other two thirds (n=64) are tier 2/Yellow, which are genomic applications with insufficient synthesized evidence to support routine implementation in practice, but sufficient to be potentially useful for informed decision making by providers and patients.

So what about the other 58 examples in the FDA Table of Pharmacogenomic Biomarkers in Drug Labeling, are they tier 3/Red? No, because generally even the mention of a biomarker in an FDA drug label is sufficient to warrant Tier 2/Yellow classification under our criteria. Exceptions occur in cases where, for example, a drug label mentions a marker but does not require that it be tested AND a clinical practice guideline discourages use of the test. Other reasons why a biomarker listed in an approved drug label could wind up as Tier3/Red include: a systematic review recommends against use of testing, or (theoretically) because the FDA only mentions a biomarker to caution against use of testing for it. Currently these types of situations are relatively rare.

One seemingly obvious example of a tier 3 assignment according to the above criteria  is the case of paroxetine, where the FDA-approved label [PDF 264.28 KB] mentions CYP2D6, and the Evaluation of Genomic Applications in Practice and Prevention (EGAPP) Working Group found insufficient evidence and discouraged use of testing for CYP450 polymorphisms in adults with non-psychotic depression treated with selective serotonin reuptake inhibitors, including paroxetine.  The assignment is more complex, however, upon a close look at the label versus the recommendation statement. Inspecting both sources reveals these are two different clinical scenarios. The EGAPP guideline warrants a tier 3/Red placement of one clinical scenario, testing for people beginning treatment with SSRIs to guide drug selection and dose, whereas the FDA label may warrant tier 2/Yellow placement of another, prevention of drug interactions. Why “may” warrant, instead of “does” warrant? The label refers to the enzyme CYP2D6, the effect that paroxetine can have in its inhibition, and the potential consequences in terms of metabolism of other drugs metabolized by the same enzyme, but does not require or even suggest genetic testing for CYP2D6. So our challenge in this, and many cases, has been to determine what the precise pharmacogenomic clinical scenario is, based on information available in the FDA approved drug labels. Moreover, this is why there are 58 examples that are still not represented in our evolving tier table, however, our work continues in this respect. We will be updating the evolving tier table on an ongoing basis. So expect to see more and more examples from the FDA Table of Pharmacogenomic Biomarkers in Drug Labeling show up in our evolving tier table, with most expected to land in Tier2/Yellow, at least for now. As the field matures and evidence synthesis expands in this area, we might expect to see expansion of both Tier 1/Green and Tier 3/Red.

In our latest update, we have also considered guidelines from the  Clinical Pharmacogenetics Implementation Consortium, as well as the Dutch Pharmacogenetics Working Group. Guidelines from these groups presented a classification challenge since they address how to use pharmacogenetic information assuming that it is readily available. In other words, they don’t recommend for or against testing for biomarkers, only what to do with the information. This novel approach may become highly relevant in the near future, given advances and decreasing costs associated with next-generation sequencing. Nevertheless, in our classification system, where the focus is on whether testing should be done, recommendations such as these still warrant Tier 2/Yellow placement.

We encourage you to read our article in Clinical Pharmacology and Therapeutics, along with a commentary by Li, to learn more about the specifics of our classification system. Also, take a look at the latest iteration of the evolving tier table, and don’t forget to check back often for updates. We look forward to any suggestions or comments you would like to offer.