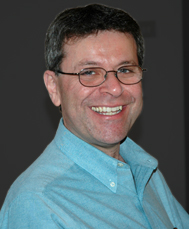 Dr. Khoury is the founding director of the CDC’s Office of Public Health Genomics. The Office was formed in 1997 to assess the impact of advances in human genetics and the Human Genome Project on public health and disease prevention.  CDC’s Office of Public Health Genomics serves as the national focus for integrating genomics into public health research and programs for disease prevention and health promotion. Dr. Khoury has developed a number of successful ongoing national and international initiatives to translate advances in genomics and related technologies to recommendations and actions that improve health and prevent disease throughout the life stages. Examples of collaborative initiatives that Dr. Khoury started are the Human Genome Epidemiology Network (HuGENet), the Evaluation of Genomic Applications in Practice and Prevention initiative (EGAPP™), and the Genomic Applications in Practice and Prevention Network (GAPPNet™).

Dr. Khoury has published extensively in the fields of genetic epidemiology and public health genetics. He has over 500 scientific publications including articles, books and book chapters. In 1993, he published a textbook entitled: “Fundamentals of Genetic Epidemiology”. In 2000, he was the lead editor for the book entitled: “Genetics and Public Health in the 21st Century: Using Genetic Information to Improve Health and Prevent Disease”. His 2004 book entitled “Human Genome Epidemiology” illustrates the applications of epidemiologic methods and approaches to the continuum of genomic information from research to practice. In 2010, he published a completely updated second edition of “Human Genome Epidemiology”.

Dr. Khoury is a member of many professional societies and serves on the editorial boards of several journals. He is a frequent keynote speaker at many academic institutions, professional organization meetings, as well as state, regional, national and international conferences. He also serves on several scientific, public health, and health policy national and international committees. He is an adjunct professor in the Departments of Epidemiology and Environmental and Occupational Health at Emory University Rollins School of Public Health and an associate in the Department of Epidemiology at Johns Hopkins University Bloomberg School of Public Health.