“The number of possible ‘causal’ [gene-environment] interactions is so enormous that every patient’s disease likely has its own complex and unique cause.
This uniqueness limits predictive ability: it is impossible to accurately predict something that has never occurred before.” 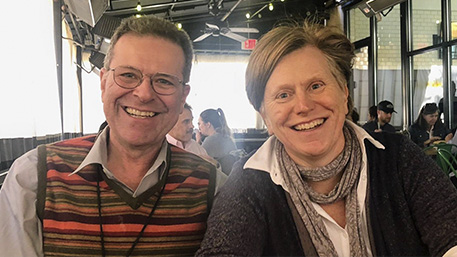 Risk prediction is the basis for decision-making in both clinical medicine and public health. It addresses such questions as, “How likely is my patient to have a heart attack?” or “How many people are in the highest risk category for heart attack?” Thus, research in both clinical and population-based epidemiology focuses extensively on estimating and predicting risk.

The Human Genome Project promised from the beginning that genomics would improve health risk prediction in individuals and populations (Collins, 1999); however, the risk models of classical genetics proved to be generally inapplicable to most common complex diseases like heart disease. Instead of one or a few genetic variants with large effects, genetic association studies revealed small individual effects at multiple genetic loci. These findings prompted the development of polygenic risk scores (PRS) that combined the effects of multiple SNPs. Questions about the clinical validity and utility of PRS have generated intensive discussion and at times, controversy. Last month, we lost one of this domain’s leading thinkers and critics, Cecile Janssens, who died after a short illness at age 54.

Cecile entered the field as a young researcher with a unique perspective, having studied risk perception for her PhD in psychology at Erasmus University, Rotterdam. After she critiqued an early CDC-authored article on risk prediction (by one of us, MJK) in a letter to the editor, we invited her to CDC for a six-month stint as a visiting researcher in 2005 (read how it happened). She later called this “a golden move” because it raised her professional profile and led to her first grant funding. In 2012, she returned to Atlanta to join the Department of Epidemiology at Emory University’s Rollins School of Public Health (RSPH).

In the following years, Cecile became an internationally recognized expert on genomics in risk prediction and continued to work with OGPPH on many key projects, including the evaluation of genomic tests (EGAPP) and recommendations for strengthening the reporting of genetic risk prediction studies (GRIPS). She took the lead on the GRIPS statement, which in 2011 was published simultaneously in nine scientific journals, including PLoS Medicine, BMJ, and the Journal of Clinical Investigation. In all, her more than 200 scientific publications have been cited more than 20,000 times.

No ivory tower dweller herself, Cecile enjoyed engaging with professional colleagues, students, and the public. She was an exciting speaker and a gifted teacher who helped students develop critical thinking skills. She created a popular course at RSPH, Critical Thinking: Science Behind the News, that used news stories about epidemiologic studies as the starting point for evaluating scientific claims. This course was the basis for a book she had nearly finished writing at the time of her death. She was a regular columnist for the Dutch newspaper NRC, in which she shared more personal perspectives, and an active presence on Twitter, engaging with all who shared her interests in “critical thinking, evidence, and lack thereof.”

One of Cecile’s best-known lectures on risk prediction presented the why-because analysis of a maritime disaster—the 1987 capsize of a Belgian ferry, Herald of Free Enterprise—to illustrate the difficulty of understanding complex causes. She drew an analogy to the effects of genetic variation, overwhelmingly complex and yet only one aspect of the interrelated, dynamic processes that lead to human disease. We don’t know why leukemia came now to take Cecile away from her family, community, and colleagues but we at the CDC Office of Genomics and Precision Public Health will always remember her not only as a valued scientific colleague but as a good friend. Among the many tributes on Cecile’s Twitter, one captured her qualities most concisely: “clear thinking, compelling communication, and passion for what she did.”

5 comments on “The Limits of Risk Prediction: Remembering Cecile Janssens”

Cecile will always be one of my favorite people. She was fiercely original and wholly herself. It is a great sadness to me to remember that she is gone from this earth.

Thank you so much for making me cry again. Cecile was a very dear and lovely friend. I had hoped to be able to spend many more evenings or afternoon walks with her. Talking about the subjects you describe so clearly, or just about life, family and friends.

Thank you for this post. Cecile was a fierce skeptic of DNA as “predictive” and medically useful whereas I believe the opposite, but she was a very joyful human being whom I was proud to count as a friend and enjoyed debating in both public forums and over dinners. She will be missed by so many!

I was one of Dr. Janssens’ student’s in the RSPH thesis-writing seminar during early COVID-19. During such an unpredictable, difficult time, she was one of the few professors who’s classes I truly looked forward to. She was an incredible person who strived to make each students’ learning experience meaningful, and I feel truly grateful to have met her.

Thank you for your thoughts and feelings about Cecile. I was a colleague and pen friend. We met in Rotterdam where I supervised the department of prenatal diagnosis. We discussed the risk approach in obstetrics in prenatal screening. She told me about her plans of publishing a book while I was working on a Dutch textbook of postwar milestones in maternal and childcare that was published recently. The status of her manuscript is not clear to me. Will it be published?
I miss her dearly. Hajo Wildschut