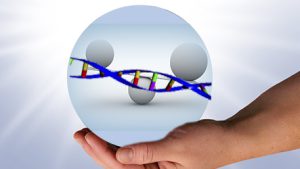 The emergence and the rapid development of various genetic technologies and their incorporation into precision medicine have greatly expanded medicine’s capabilities. At the same time, concerns about the availability and dissemination of vast amounts of personally relevant data have focused attention on potential problems of genetic discrimination. Over the past three decades, concerns about genetic discrimination have drawn the attention of medical practitioners, patient advocacy groups, and academic institutions. In 2001, the American College of Medical Genetics and Genomics (ACMG) issued a position statement on ways to prevent genetic discrimination. They then released an updated 2021 statement noting progress since 2001 in important federal legislation, recommending points to consider when dealing with such legislation. As the updated statement notes, despite considerable progress, substantial gaps and limitations remain. In this blog post we summarize aspects of genetic discrimination as considered more thoroughly in the ACMG statements and other resources. The opinions expressed in this blog post are those of the authors and do not necessarily represent the views of the Centers for Disease Control and Prevention.

What is Genetic Discrimination?

The Health Insurance Portability and Accountability Act of 1996 (HIPAA) is a federal law that provides protection of certain health information from disclosure either without consent or as expressly allowed by the law. The Privacy Rule within HIPAA acts as a mechanism that seeks to balance the usage of health information for necessary and beneficial medical practices with adequate protection of privacy. HIPAA applies primarily to  certain groups and individuals called “covered entities.” Covered entities include healthcare providers, health insurance companies, and businesses that require access to certain health information. A potential drawback of HIPAA is the limitation on the enforcement of the Privacy Rule to covered entities. Groups and individuals that do not qualify as covered entities include life insurers, most employers, most schools and school districts, and state agencies.

The Privacy Rule also allows for the disclosure of de-identified or anonymous health information. However, advances in data mining science may increase  the potential for re-identification of anonymized data. Some information may also be so unique as to be easily identifiable. HIPAA also does not extend to protecting information used in all forms of research.

The Genetic Information and Nondiscrimination Act (GINA) is a federal law intended  to protect individuals from discrimination in employment, in the workplace, and in health insurance. Compared to HIPAA, GINA applies to more entities and focuses on the management and usage of genetic information. GINA prevents health insurers from using a person’s genetic information to determine eligibility or premiums. It also prevents insurance companies from requiring genetic testing for their clients as a condition for enrollment.

Although GINA is one of the most effective laws in protecting against discrimination in employment and insurance, it is not without limitations. One of the most crucial limitations of GINA is that it does not cover all employers. Employers with fewer than 15 employees and the military need not adhere to GINA.

GINA does not apply to long-term insurances such as life and disability insurance. This limitation is due to an unresolved controversy over the fairness of not disclosing genetic information to an insurer.  Likewise, GINA also does not cover individuals who are already having symptoms of a genetic disorder, due to problems of fairness for insurance companies and employers. However, some states and countries have specific legislation that goes beyond the scope of GINA to include life and disability insurance, and those that are already manifesting symptoms are covered by the Patient Protection and Affordable Care Act (ACA) of 2010.

Discrimination in the Context of Genetic Testing

We have indicated that discrimination can occur during collection, usage, and storage of human genomic information, but discrimination can also occur before any of these activities have occurred. Issues involving distributive justice can arise in regard to what individuals or groups have or do not have access to the  benefits of genetic testing. Distributive justice is the fair allocation of benefits or resources to individuals or groups within a community or population. If burdens or disadvantages are also involved, distributive justice demands they fall proportionally on the groups involved. Issues of distributive injustice often occur with underserved populations that include racial minorities, who have limited access to genetic testing. Lack of access and or lack of adequate information about genetic testing can lead to the community’s mistrust of the medical institutions that provide genetic testing. Mistrust can impede the use of genetic medical technologies that could improve the health of such communities and reduce health disparities. For example, genetic testing has the potential to predict many hereditary conditions, and in some cases allow people to appropriately prepare for them. However, mistrust can lead to the under-enrollment of racial minorities in clinical genetic research thus resulting in the bias of genomic databases or of AI algorithms towards individuals of European descent.  Research that utilizes such limited data cannot produce meaningful findings to benefit diverse populations.

Where To Go From Here

In addition to providing a brief introduction to the topic and summarizing aspects of the latest ACMG statement on genetic discrimination, this blog post is intended to spark an interest among readers that may be kindled through reading the sources hyperlinked herein.