From Guthrie to Genomes: The Continued Evolution of Newborn Screening 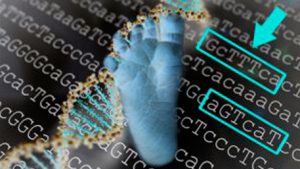 Two recent articles by Bick et al. and Watson et al. discussed the future of newborn screening and identified considerations and needs for the evolution of the newborn screening system as it tries to meet the growing demands to screen for more rare diseases and incorporate genomic technologies.

As newborn screening (NBS) moves past 60 years of existence, there is great interest in how this successful public health program will continue to progress. Our understanding of the over 7000 known rare diseases has grown and the potential for use of genomic technologies at the population level has become more feasible leading to a heightened call for a newborn screening evolution. This has led to the development of both public and private programs that seek to expand newborn screening by assessing the clinical utility of next-generation sequencing in healthy newborns. Two such programs have garnered recent attention: the Newborn Genomes Programme in the United Kingdom and the newly announced BeginNGS care delivery system from Rady Children’s Hospital in San Diego, California.

A key criterion for a disease to be added to newborn screening is the availability of an effective treatment. Historically, meeting this measure has been one of the limiting factors in diseases being added to newborn screening panels. However, owing to programs like the Orphan Drug Act of 1983 and the Food and Drug Administration’s Accelerated Approval Pathway, treatments and clinical trials for rare diseases have increased significantly. Currently, the FDA expects to receive 200 investigational new drug applications annually and anticipates soon approving 10-20 cell and gene therapies each year.

The addition of Spinal Muscular Atrophy (SMA) to the Health and Human Services’ Recommended Uniform Screening Panel (RUSP) is a recent success story illustrating the convergence of new life-changing therapies with newborn screening. The availability of innovative therapies for SMA, including gene therapy, enabled it to be added to the RUSP in 2018. The availability of these therapies, combined with the ability to multiplex screening for SMA with an existing molecular test, allowed for relatively rapid implementation throughout the country. Already, 92% of all babies born in U.S. states and territories are being screened for SMA, and this will soon reach 100%. SMA is likely the first of many diseases that will be added to newborn screening panels because of improved therapeutic strategies. CDC plays an important role in supporting newborn screening for all diseases on the RUSP, including SMA.

As Bick, et al. and Watson, et al. point out, the rapid development of new therapies will greatly impact newborn screening programs as the number of candidate diseases for screening will very likely increase at a pace not sustainable by the current system. This gap might be closed by genomic sequencing technologies, which would allow for multiplexing multiple disease-causing genes with the ability to expand to additional genes relatively quickly.

Considerations for incorporation of genomic technologies

Bick, et al. describe a potential newborn screening genomic sequencing protocol in which both gene and variant filters are applied to keep test sensitivity and specificity high. These filters would be derived from existing knowledge of the underlying genetics of the disease, which up to this point have predominantly been gleaned from White Non-Hispanic persons. This screening would be more likely to miss affected newborns of other races, increasing the already present health disparities among certain populations. However, if genomic-based screening were to expand to include variants of uncertain significance (as would likely be done in a mandated public health context), we risk a significant increase in false positive or uncertain screening results. In some cases, these types of results have been reported to cause psychological distress to families and may lead to the potential for increased costs to monitor asymptomatic, but screen positive infants. In addition, Bick et al. note:

Despite the great potential and flexibility of sequence-based testing, it is unlikely to replace current newborn screening. Many cases of congenital hypothyroidism do not have an identifiable molecular basis. Additionally, the analyte screen now in use has greater sensitivity and specificity for the disorders currently tested than genomic testing.

While genomic testing may not supplant the existing system for all current diseases, novel therapies are driving the introduction of new diseases where genome sequencing is likely to be used. Thus, the implications for exacerbating health disparities or causing psychological or financial harm must continue to be considered. Likewise, diversification of genomic research, such as in the All of Us Research Program, remains pivotal to equitable use of genomic sequencing in newborn screening.

Identified challenges for the future of newborn screening programs

Both commentaries provide thoughtful examination of the ethical, communication, data management and transparency considerations as the public health newborn screening system looks to expand testing and treatment using genomic sequencing and new therapeutic technologies. These technologies hold great promise so long as the needs and concerns of all newborns and families remain at the center of deliberations.

One comment on “From Guthrie to Genomes: The Continued Evolution of Newborn Screening”

Very thoughtful review of an important topic at the interface of genomic medicine and precision public health. Readers of this blog may also be interested in a perspective by Bailey on the topic of newborn screening modernization to address the challenge of rapidly expanding treatments for rare diseases. https://www.ncbi.nlm.nih.gov/pmc/articles/PMC9098569/