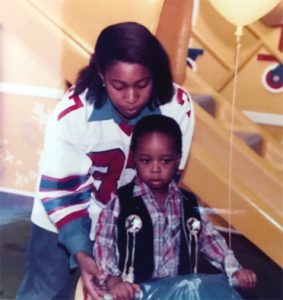 My nephew, Eddie, and niece, Sheri, were lively, witty, high-spirited, active, bright, and full of hope. Eddie dreamed of becoming a professional baseball player, while Sheri aspired to become a mathematical engineer. But their childhood diagnoses with a type of kidney disease called nephrotic syndrome ended those dreams. While nephrotic syndrome can be inherited, we had never heard of anyone else in our family who had it. Despite receiving treatment for nephrotic syndrome at a leading medical teaching institution, Eddie died 5 days after turning 24, three years after a rejected kidney transplant, and Sheri died just before her 31st birthday, while awaiting a kidney transplant. 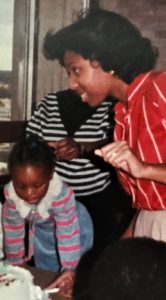 What can public health genomics learn from public health work to address health inequities, which focuses on eliminating disparities in health and health care? As a health scientist working to address health inequities, I have found that inequities can relate to timely access to health information needed to obtain leading-edge health care and services. If we are to address health equity in genomics, we need to increase awareness and knowledge, for example among racial and ethnic minority groups who are at risk for specific diseases. To do that, we must engage communities and empower individuals to gain greater knowledge about health conditions.

Some of the approaches used by CDC in the past could be applied to genomics. For example, as part of the 2007 “Breaking the Silence: Church Conversations about HIV/AIDS” initiative, CDC engaged the faith sector and provided a series of conferences that were used as forums to bring people together to share information about public health issues and to collaborate toward addressing those issues. CDC created “A Pastor’s Guide,” which included answers to questions about HIV/AIDS and resources tailored to each community. African American pastors have significant influence within their congregations and play key roles in the health of their communities. Consequently, partnering with the faith community helped to extend the reach of information sharing, and the initiative succeeded in increasing engagement of several faith leaders in developing and supporting programs to fight HIV. Genomics could address health equity by replicating such community engagement strategies for topics such as family health history or specific hereditary conditions, for example, hereditary breast and ovarian cancer, Lynch syndrome, or familial hypercholesterolemia.

Nephrotic syndrome is one of many health conditions for which health inequities exist. We have learned so much since Eddie and Sheri passed, and I wonder if their outcomes might have been different if they had been diagnosed today. Would genetic testing have helped them? We now know that among African Americans with nephrotic syndrome, certain variants of the gene APOL1 increase the likelihood of developing focal segmental glomerulosclerosis and progressing to end-stage renal disease. Could their care have been managed differently? Eddie received his kidney transplant from his father. Research has found that kidney donations from family members might increase the risk for end-stage renal disease in the transplanted kidney, possibly due to shared genetic risk. Knowing this information is not enough, though. Public health work on health equity shows us that we need to make sure that this information reaches those who need it—and provides us with approaches that we might consider trying.