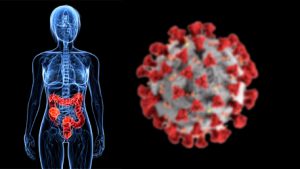 The COVID-19 pandemic continues to exact a devastating public health toll and in many indirect ways. While people work from home and avoid social contact, many may also be skipping important preventive care. Findings released in May of 2020 indicated a drop of between 86% and 94% in preventive cancer screenings in 2020 compared with 2017—2019.

Abrupt decreases in screening for colorectal cancer (CRC), the third leading cause of cancer death in the U.S., were no exception to this trend. A recent study of commercially insured populations in the U.S. found that, in March and April of 2020, colonoscopies among people 46—64 years old were down by about 70% as compared with the same months of 2019. While colonoscopy offers some unique advantages that cannot yet be replaced, there has been increasing interest in precision health and genomic alternatives. In December, 2020, a JAMA news article examined the use of stool-based CRC screening tests that can be taken without leaving home during the COVID-19 pandemic and beyond.

Stool-based tests include high-sensitivity guaiac-based fecal occult blood testing (HSgFOBT), fecal immunochemical testing (FIT), and sDNA-FIT test (or stool DNA test). Each of these three types of test check for blood in the stool, but while HSgFOBT uses a chemical method, FIT uses antibodies to identify blood. The sDNA-FIT test also detects blood, using antibodies, along with multiple genetic biomarkers in stool. While HSgFOBT and FIT are annual tests, sDNA-FIT may be done either annually or once every three years. The first stool DNA CRC screening test was approved by the U.S. Food and Drug Administration in 2014, and the test was included as a screening strategy in the U.S. Preventive Services Task Force (USPSTF) 2016 CRC screening recommendation.

The USPSTF is in the process of updating their evidence-based guidance on CRC screening. In their draft statement, recommended screening strategies include direct visualization-based tests (colonoscopy, CT colonography, flexible sigmoidoscopy (FS), or FS with FIT) as well as stool-based tests. For those choosing among the stool-based testing strategies, USPSTF notes that “screening with annual FIT or annual sDNA-FIT provides greater life-years gained than annual HSgFOBT or sDNA-FIT every 3 years.” Furthermore, USPSTF acknowledges that “[c]urrently, there is uncertainty around the accuracy of HSgFOBT to detect colorectal cancer and advanced adenomas, although it is likely lower than the accuracy of other stool-based methods.”

In a notable difference from the most recent USPSTF recommendation (2016) on this topic, the draft recommendation statement supports testing in all adults starting at 45 years old (as opposed to waiting until age 50). USPSTF notes that their draft recommendation “applies to asymptomatic adults age 45 years and older who are at average risk of colorectal cancer (i.e., no prior diagnosis of colorectal cancer, adenomatous polyps, or inflammatory bowel disease or a family history of known genetic disorders that predispose them to a high lifetime risk of colorectal cancer [such as Lynch syndrome or familial adenomatous polyposis]).” The American Cancer Society (ACS) currently recommends regular CRC screening beginning at age 45 for people at average risk, using visual exam methods or stool-based testing. They note that people at greater than average risk for CRC “might need to start colorectal cancer screening before age 45, be screened more often, and/or get specific tests.” Stool-based tests are not approved or recommended for persons at greater than average risk.

The different types of CRC screening tests each have advantages and drawbacks, and there is not one test that is best for everyone, so it is important to talk with one’s health care provider about which test to have and how often to have it. An advantage of stool-based tests as compared with colonoscopy is the ability to sample from home, receiving and returning the test kit by mail. A notable disadvantage of stool-based testing is that, unlike with colonoscopy, polyps cannot be visually identified, removed, and sent for biopsy, as part of the procedure. Indeed, abnormal results of stool-based testing may require follow-up testing by colonoscopy. On a webpage comparing CRC screening tests, ACS states that one of the limitations shared among the stool-based tests is that they “[c]an miss many polyps and some cancers,” whereas colonoscopy, CT colonography, and flexible sigmoidoscopy “[c]an miss small polyps,” with the caveat that flexible sigmoidoscopy does not examine the entire colon. However, in their guideline’s section for people at average risk, ACS asserts that “[t]he most important thing is to get screened, no matter which test you choose.”

Evidence continues to evolve and grow regarding when to screen for CRC, what tests to use, and how often to re-screen. Ultimately, the individual choice of type of test may depend on several factors, including:

Given the volume and complexity of options available for testing modality and scheduling, it is especially important for patients to talk with their healthcare providers about what type of testing might be best for them, when to begin screening, and how often to repeat testing.

The broad aftermath of the pandemic will be with us for many years to come. Some of the resulting changes can be positive, including an increased awareness of digital, genomic and other precision health technologies which may provide alternatives to traditional screening methods. In another example of positive developments, as mentioned in the JAMA news article, a public awareness campaign by the Colorectal Cancer Alliance has recently begun, with the aim of increasing CRC screening rates both during the present pandemic and beyond it.