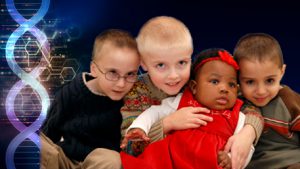 Primary immunodeficiencies (PI) are a group of more than 400 genetic disorders that alter the ability of the immune system to fight off infection and affect 1 out of 1,2001 births in the United States. Patients with PI are at increased risk of recurrent infections, certain malignancies, and death. Initial identification of PI in a patient can be challenging as presentations can vary widely and symptoms can overlap with other conditions. Even after PI is diagnosed or suspected, obtaining a precise diagnosis can be difficult. Knowing the specific PI that a patient has can be important in optimizing treatments and improving health outcomes.

A pilot study by the Jeffrey Modell Foundation (JMF) used next generation sequencing (NGS) to identify the genetic cause of PI in patients with diagnosed or suspected PI. The PI panel used in the study included 207 genes. The study identified pathologic or likely pathologic variants in 52 of 158 (33%) participants, and 28 (18%) received a molecular diagnosis. The study included participants with common variable immunodeficiency (CVID), which is rarely monogenic. After excluding these participants, 28 out of 136 (21%) received a molecular diagnosis. This is consistent with the findings from a systematic review that the molecular diagnostic rate of NGS ranged from 15 to 46% in mixed PI groups. Antibody deficiencies were the most frequent molecular diagnosis. Clinicians reported changing the clinical diagnosis in 45% of patients following NGS, with changes in clinical management for 40%. These findings are similar to an earlier study in which 55% of clinically-based diagnoses changed following identification of genetic changes through sequencing, resulting in a change in clinical management for 25%.

Despite the potential for NGS to shorten the diagnostic odyssey and improve care for many patients with PI, this technology is often inaccessible to patients due to cost, lack of insurance coverage, and challenges in interpreting results. According to a survey of clinicians whose patients participated in the study, 72% of patients who enrolled had not sought prior genetic testing due to cost. For patients in the United States, only 3% had insurance that covered genetic testing, compared with 37% participants from other countries. PI represents a substantial public health burden in terms of cost of care for individual patients. Clinicians surveyed indicated that over the past year, patients saw a health care provider an average of 5.28 times, with 42% admitted to the hospital, 34% to the emergency department, and 13% to the ICU. The current study estimated average annual health care costs of over $75,000 per patient, with a total annual cost of over $111,000 per patient after including issues such as missed school and work.

Cost effectiveness analyses on use of NGS to diagnose PI are needed to inform payers, clinicians, patients, and their families. The current study relied upon expert immunologists to identify which patients would be most likely to benefit from NGS. Cost effectiveness analyses could compare similar targeted approaches with universal NGS for all patients with diagnosed or suspected PI. In addition, use of other approaches such as whole exome sequencing and whole genome sequencing can be compared with NGS to identify optimal approaches to identify the genetic etiology of PI.