Genomic Medicine is Here: We Need More Data on Implementation and Outcomes 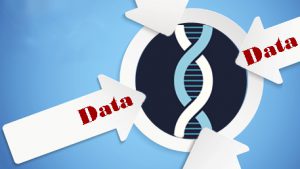 The use of genomic tests in clinical research and practice continues to accelerate in the United States and around the world. For almost a decade, the Genetic Testing Registry (GTR) at the National Institutes of Health has continued to track the growth and development of genomic tests. As of October 28, the GTR lists 76,835 tests offered by 582 laboratories on 16,494 disease conditions involving 18,696 human genes. Our Public Health Genomics and Precision Health Knowledge Base (PHGKB) also tracks the growth of genomic tests, associated guidelines, levels of evidence, as well as implementation studies and programs. PHGKB currently lists over 1,000 existing guidelines and recommendations about the use of genomic tests.

Despite this growth in capability and application, implementation and outcome data remain too scarce. Two recent commentaries reviewed implementation issues, initiatives, and challenges in the global implementation of genomic medicine and are worthy of a brief discussion.

In the first paper, Phillips and coauthors reviewed the status of implementation and reimbursement of next generation sequencing (NGS) in routine clinical practice. They examined use, payment, and gaps in data on implementation of NGS globally using three common examples of NGS: (1) noninvasive prenatal testing (NIPT), which examines fetal DNA circulating in the mother’s blood for genetic abnormalities, (2) whole-exome sequencing (WES)/whole-genome sequencing (WGS) for the diagnosis of genetic disorders, and (3) tumor sequencing (TS), which is increasingly used for targeted cancer treatment and prognosis. They found that NIPT is available and widely used in 90 + countries. In the United States, based on commercial insurance 2019 data, about half a million NIPT tests, 5,600 WGS/WES tests, and 70,300 TS tests were reimbursed. NGS is increasingly used in Canada, Europe, the Middle East, and Asia, and to a lesser extent in Central/South America and Africa. In the U.S., almost all insured individuals have NIPT coverage, mostly for high risk pregnancy (e.g., advanced maternal age, family history). More than half of insured persons have WES/WGS and TS coverage, with lesser coverage among Medicaid enrollees. In addition, there is no central source of information on implementation across countries and clinical applications. Much of the available information comes from the U.S. peer-reviewed publications that provide data on selected tests and health care systems.

In the second paper, Belcher and coauthors review global approaches to the implementation of genomic medicine. Between 2017 and 2020, the Global Genomic Medicine Collaborative identified 65 initiatives worldwide. These initiatives are cataloged here. Each entry provides information on goals and policy issues, details of populations, diseases, and testing methods. Most initiatives focus on research to understand the contribution of genetics to disease and the technical improvements in sequencing capacity, information management, workforce development, and public education and awareness. Most of the initiatives (71%) are in high-income countries. Although there are currently no initiatives in low-income countries, there are multinational initiatives such as the Human Heredity and Health in Africa consortium and the GenomeAsia 100K consortium that include countries with low to upper-middle income. Less than a third of the initiatives include policy and/or implementation road maps for integrating genomic medicine into routine health services.

Among the many challenges to genomic medicine implementation, one critical issue is our ability to generate, enable access to, and assess data on implementation and clinical outcomes. Without population-level data, it is not possible to develop an understanding of benefits and harms associated with genomic medicine in the real world. In addition to randomized clinical trials, we need to use and expand available population-level data sources, as well as collaboration across countries and multiple stakeholders, such as industry, payers, and government. Data are also needed on the full range of clinical applications of genomic tests. It is essential to assess the clinical utility (health benefits versus harms), especially among underserved populations. While many studies have assessed the clinical utility of genomic tests, not all tests with demonstrated clinical utility are fully implemented to achieve population health benefit. At the same time, many tests without known clinical utility are still be implemented.

The field of implementation science (IS) is intended to support the integration of findings from scientific evidence into routine care. IS promotes an ongoing cycle of discovery-implementation in learning health care systems. Until recently, IS had minor contributions to the field of genomics, as evidenced by the number and proportion of IS genomic publications, as well as research funding. More recent NIH initiatives have focused on creating networks and research infrastructures for the use of IS in the implementation of genomic applications with highest level of evidence, such as hereditary cancers and familial hypercholesterolemia. The crucial importance of IS to fulfill the promise of genomics was also highlighted in the recent National Human Genome Research Institute 2020 strategic vision for the next decade.

Ultimately, implementation science initiatives in genomic medicine will require the engagement of diverse stakeholders including scientists, bioinformaticians, clinicians, health care providers, policy analysts, industry, academia, patients, community members, and government. The implementation of genomic medicine is complex and multifaceted. Its current and future success in saving lives and improving health should not leave anyone behind.

One comment on “Genomic Medicine is Here: We Need More Data on Implementation and Outcomes”