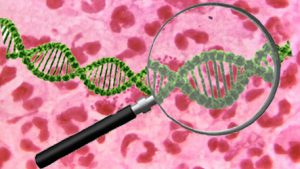 Since 1995, when the first high-quality bacterial genome was completed using Sanger sequencing, the number of publicly available bacterial whole genome sequences (WGS) has grown exponentially, due to advances in next-generation (and now third generation) sequencing technology. The first bacteria sequenced using next-generation technologies included very few that cause sexually transmitted infections (STI) like Chlamydia trachomatis, Treponema pallidum, and Neisseria gonorrhoeae (Ng). In fact, by 2012, only four Ng genomes were available publicly. Early WGS scientific articles were mainly “proof-of-concept,” demonstrating that previously published methods could be applied to these pathogens to obtain full-length genomes. Data from these first sequences stretched our understanding of Ng, helping us learn more about its biology, pathogenesis, and virulence. Now, public health scientists are using Ng sequence data to monitor the organisms circulating in populations, both for routine surveillance and for tracking transmission networks during local outbreaks.

Today, genomic studies are an integral part of the public health response to gonorrhea. At CDC, the STD Laboratory Reference and Research Branch (LRRB) works with scientists around the globe to expand the use of WGS in public health laboratories. With few options left to treat gonorrhea, due to the emergence of Ng isolates with reduced antibiotic susceptibility and a lack of new antibiotics in the pipeline, gonorrhea has become one of the most urgent public health threats of our time. In efforts to combat antibiotic resistant gonorrhea, LRRB has used WGS to track antibiotic susceptibility trends in isolates from several surveillance programs, such as the Gonococcal Isolate Surveillance Project (GISP) and Strengthening the U.S. Response to Resistant Gonorrhea (SURRG). LRRB partners with STD clinics around the country to sequence Ng isolates with reduced susceptibility to current antibiotics prescribed for gonorrhea treatment. These data help CDC track genetic markers of antibiotic resistance, and this information is then used to develop evidence-based treatment guidelines.

A combination of azithromycin and ceftriaxone is currently recommended for the treatment of uncomplicated gonorrhea. Unfortunately, some countries have detected reduced in-vitro susceptibility to azithromycin. Because azithromycin use is intended to preserve the effectiveness of ceftriaxone, it has become important to determine which strain types are associated with reduced susceptibility. To this end, LRRB scientists recently analyzed WGS of 410 GISP isolates from 2017 and were able to link decreased azithromycin susceptibility with two previously identified resistance mechanisms (Gernert et al. 2020; analysis of 2018 data are currently underway).

Last year, LRRB finished the WGS analysis of 649 GISP isolates from 2014-16 (Thomas et al. 2019). These data, in concert with antibiotic susceptibility information, allowed scientists to detect clusters of related Ng isolates with reduced susceptibility to azithromycin and ceftriaxone. LRRB scientists used WGS data to pinpoint the specific genetic changes that contribute to reduced azithromycin susceptibility (Schmerer et al. 2020). They also created a tool that will allow public health laboratories to analyze their own Ng samples for genomic markers of antimicrobial resistance. With a WGS file upload and a few clicks of a mouse, public health scientists are minutes away from an easy-to-read report that summarizes information about the isolates in question, including sequence type and genetic mutations associated with reduced antibiotic susceptibility — the information they need to monitor locally circulating strains and to detect emerging resistant gonorrhea and potential transmission clusters.

These are only first steps. LRRB is committed to using next-generation sequencing technologies to revolutionize public health laboratory practice. A particular priority is developing analytical tools to sequence directly from clinical specimens, eliminating the need for more time-consuming laboratory procedures. As WGS platforms continue to evolve and analysis tools become more accessible and user-friendly, WGS will become an increasingly important weapon against gonorrhea and other STIs.