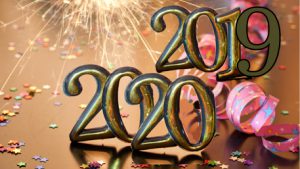 Advances in genomic medicine continue at a fast and steady pace. In a recent paper, The Genomic Medicine Working Group of the National Advisory Council for Human Genome Research of the National Human Genome Research Institute identified the most significant advances in genomic medicine among 48 recognized “accomplishments” published during the 12 months ending August 31, 2019.

Of the top 10 papers identified by the working group, we feature 5 that have immediate or near- term impact on clinical practice and public health. We chose the papers based on our tiered classification of guidelines on genomic applications. The papers feature tier 1 applications that are based on evidence-based guidelines , and tier 2 applications that are based on evidence of clinical validity but more limited evidence of clinical utility. Although the remaining 5 papers (not shown here) may not have an immediate impact (tier 3), their potential impact is likely to evolve rapidly in the next few years.

BRCA1 and BRCA2 genes are associated with hereditary breast/ovarian cancer (HBOC) syndrome. The population prevalence of pathogenic or likely pathogenic (P/LP) variants is not known. This study found that the frequency of P/LP variants in a predominantly European ancestry population was 1 in 190, significantly higher than prior estimates. Participants carrying a P/LP variant had 5.95-fold increased odds of a personal history of breast cancer and 18.3-fold increased odds of ovarian cancer. Most importantly, three quarters of at-risk women were not identified as such and are not benefiting from evidence-based interventions; this is a significant care gap with implications for population health.

Cascade screening for familial hypercholesterolemia (FH), a common genetic disorder of LDL cholesterol, has been recommended but poorly implemented. Using a large biobank, this study identified and recalled 27 individuals carrying FH-associated variants. Cascade screening of 64 relatives identified an additional 20 carriers of FH-associated variants. Of the 41 FH variant carriers identified and further examined, 51% were reclassified as definite FH; another 32% had been unrecognized by the medical system as being at high risk. Imaging-based risk stratification identified subclinical disease, and thus an indication for statin treatment, in 86% of the variant carriers. This study shows that genotype-guided recall of FH patients and subsequent cascade screening is feasible and could facilitate more appropriate clinical management.

Brugada syndrome is a heritable disorder characterized by susceptibility to sudden cardiac death, currently preventable by implantation of an internal cardiac defibrillator. Multiple genes are included in the commercial testing panels often used as indications for defibrillator implantation, but levels of evidence for these associations varies. This study used a standardized scoring system to evaluate the strength of these associations with sudden death. Of 21 genes evaluated, only one (SCN5A) was identified as having definitive evidence for pathogenicity. The finding is important for clinical practice.

Pharmacogenomic testing (CYP2C19 genotyping) could help patients make decisions about antiplatelet therapy after percutaneous coronary intervention (PCI), but genotypes are often unknown at the time of the procedure. In the absence of pre-PCI genotyping, clinicians are increasingly prescribing other medications, which could be switched to clopidogrel, if CYP2C19 genotyping after PCI indicates normal metabolizer status. The study tested the impact of genotype-guided prescription advice on antiplatelet therapy switching in 1,063 individuals who had undergone PCI and who subsequently underwent CYP2C19 genotyping. Individuals who had high-risk CYP2C19 genotypes and were prescribed clopidogrel had a 2.89-fold-increased hazard of adverse events in comparison to those who were treated with or switched to other medications. Overall, this study suggests that switching normal metabolizers to clopidogrel after PCI is safe, and it joins several others showing the benefits of pharmacogenetically based antiplatelet drug prescription.

In addition to the papers featured here, we used our own Public Health Genomics and Precision Health Knowledge Base, to identify > 3,700 translation and implementation studies in genomic medicine in 2019. Check them out here, and let us know if you think any of them rise to the level of public health impact. Please submit your input below.

As 2019 draws to a close, it is time to celebrate not only the year’s papers and accomplishments, but also the overall impressive progress in genomic medicine.

Happy holidays and all the best for 2020!