Are we Ready for DNA-based Population Screening? The Need for Large Collaborative Pilot Studies 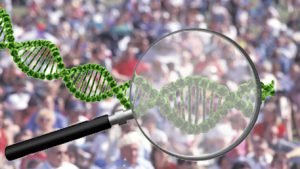 This blog is a summary of a recent viewpoint published in the Journal of American Medical Association. There is increasing evidence that accepted approaches using medical history-based screening fail to identify the majority of individuals with genetic conditions associated with cancer and heart disease, including CDC tier 1 applications, such as hereditary breast and ovarian cancer, Lynch syndrome and familial hypercholesterolemia. For example, at one health care organization only 48 of 267 (18%) adults with pathogenic BRCA1/2 variants were aware that they carried these genetic variants prior to the DNA-based screening of over 50,000 adults. The failure to identify this risk in 82% of those with genetic risk is attributable to both limitations to the uptake of time-intensive medical history-based screening, as well as limitations in the sensitivity of the medical history-based screening method. This new evidence of significantly limited utility for medical-history-based screening to identify these patients has come to light in the setting of less expensive DNA-based testing, and greatly improved capacity for DNA variant interpretation compared to the 1990s.

Currently, it is estimated that over 1% of the population carries a pathogenic DNA variant associated with either FH (LDLR, APOB, PCSK9), HBOC (BRCA1, BRCA2) or LS (MLH1, MSH2, MSH6, PMS2).   A move away from medical history-based screening and toward optimized DNA-based population screening for these genes has been proposed as an approach with the potential to offer short-term benefit for the estimated 3-4 million individuals in the US with one of these risks, and longer-term benefit to more people as the number of genes proposed for screening increases. However, many questions need to be answered prior to commencing with routine population-based screening.

Numerous important evidence gaps related to DNA-based population health screening are summarized by questions in the table below. Given the relatively low frequency of individuals with the target genetic risk in the population (i.e. aggregate 1-2%), evidence gathering pilot studies will require large collaborative cohorts to begin to address some these evidence gaps. Without large pilot studies, opportunities to evaluate evidence of clinical utility and economic feasibility will be lost or delayed.