What’s the “value” of exome sequencing in children with neurodevelopmental disorders? 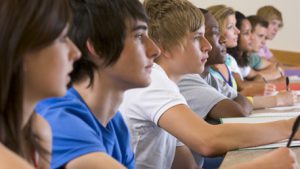 This is a summary of a recent commentary in Genetics in Medicine by Grosse and Rasmussen. Exome sequencing (ES) is increasingly used as part of the genetics evaluation of neurodevelopmental disorders, and acute illness in newborns of suspected genetic origin, among others. However, barriers to the clinical use of ES include a widespread reluctance of insurers to pay for testing. This leaves researchers who develop and evaluate genetic tests and clinicians who must make the case for their patient’s need for genetic testing with questions regarding what evidence would be required to ensure coverage and patient access.

Coverage of ES by US health-care payers has until recently been uncommon. What drives payers’ coverage decisions for genetic testing is not well understood. Payers often cite the lack of data on “clinical utility” as justification for noncoverage, but the understanding of what constitutes clinical utility varies. Does clinical utility refer specifically to improved health outcomes or does it also embrace the ability of a molecular genetic diagnosis to guide treatment options and to end diagnostic odysseys? Clinical utility has often been defined by researchers and health policy experts in terms of net health outcomes (death and serious disease or disability), whereas clinical geneticists, including the American College of Medical Genetics and Genomics (ACMG), have defined clinical utility more broadly to include effects on clinical management, prognostic implications, benefits of the information for patients and their family members, and the economic impact on health-care systems. Others have proposed that the personal utility of genomic information be considered independent of its use to alter clinical management or outcomes. Finally, interpretation of evidence differs; Douglas et al. reported that the same clinical utility studies were cited by some plans as reasons to cover pediatric ES and by other plans as grounds for negative decisions.

In a recent paper, Trosman et al. provide data to help understand payer coverage decisions for pediatric and prenatal ES. They interviewed representatives of 14 payers and found that some payers’ views of factors needed to approve coverage were expanding to include informational utility and ending the diagnostic odyssey. Ten of 14 (71%) payer representatives noted that their organizations approved coverage for pediatric ES, while none approved coverage of ES in the prenatal period. Although the payer representatives noted that they felt the evidence for clinical utility (better net health outcomes) of pediatric ES was insufficient, they recognized the benefits of the information that ES provided (70%) or of ending the diagnostic odyssey faced by families (30%). Representatives of five payers that reported covering pediatric ES expressed concerns about potentially inappropriate use or expanding indications and difficulty interpreting test results. Consequently, many payers have set limits for which clinical scenarios would have ES reimbursed or which specialties could order ES. Also, some plans have implemented prior authorization and utilization management programs. Half of payers acknowledged the informational utility of ES and three considered it sufficient for coverage, but most saw it as secondary to clinical utility. Most payers considered the ability to end diagnostic odysseys an important aspect of clinical utility; several considered that to be sufficient grounds for coverage. In contrast, payers did not see any advantage of prenatal ES over prenatal ultrasound and array-based genetic testing, given the sparse evidence base for prenatal ES as well as the absence of diagnostic odysseys.

Decisions as to which genetic tests are reimbursed by third-party payers may be shaped as much by payers’ perceptions and preferences as by evidence regarding benefits and costs, which is reflected in inconsistency in payer coverage decisions. The perceived “value” of genetic tests, i.e., the expected net benefit relative to expected costs, depends in large part on which benefits are considered to matter. As with beauty, value is in the eye of the beholder. Health-care payers have traditionally focused on “hard” measures of health outcomes. Some have proposed that outcomes that matter to patients, i.e., personal utility, also be considered. Ending the diagnostic odyssey involves both personal and informational utility, the value of knowing, as well as clinical utility in terms of treatment options.

Coverage by payers of new technologies, such as ES, is not necessarily a binary process. Even if a plan agrees to pay for ES, restrictions on which groups of patients are considered eligible for ES, which providers are allowed to order ES and be reimbursed, or the various bureaucratic hoops and hurdles that providers may be required to surmount to obtain agreement by payers to reimburse for ES might deter some providers and patients from obtaining ES. In addition, high copays or deductibles can deter patients from following through on recommended treatments, resulting in suboptimal uptake. Many patients with undiagnosed disease who are able to benefit from ES provided in a research setting are reported to have previously not been sequenced because of perceived barriers to insurance coverage, but the specific types of barriers were not identified. Studies of payer perspectives of the coverage process for pediatric ES could be usefully complemented by surveys of provider and patient perspectives on barriers to effective access to reimbursement for ES.