Let’s not get too excited about genome sequencing of healthy newborns. Here’s why! 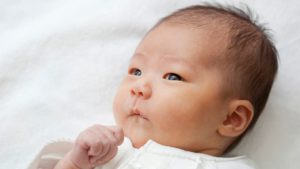 Newborn screening (NBS) is the largest public health genetics program around the world.  Each year in the United States, thousands of babies are saved from lifelong disability and death by timely diagnosis and treatment. While most newborns are screened with biochemical tests that use drops of blood from a heel prick, new advances in genome sequencing could potentially revolutionize NBS. Recently, the BabySeq Project reported results of sequencing the genomes of 127 healthy and 32 ill newborns. The project investigators stated that sequencing detected conditions that were missed by state public health NBS. Overall, 15 infants were found to be at risk of genetic conditions that might arise in childhood, 5/32 (16%) ill infants and 10/127 (8%) healthy infants. These findings are interesting and add to our body of knowledge on the use of genome sequencing in newborns. However, their implications are far from clear in terms of their impact on NBS programs.

In the study, two healthy infants who passed NBS had genetic risks for conditions that were said by the authors to be included in NBS. One of those infants had a genotype associated with variable severity and age of onset of hearing loss, typically after 10 years of age. However, hearing loss that appears in later childhood or adolescence is fairly common and is not a NBS condition; the authors acknowledge that newborn hearing screening is not intended to detect risks for hearing loss occurring later in childhood.

Sequencing the genome of healthy infants yields substantially less benefit than among patients with suspected genetic diseases despite equally high cost and the potential risk of harm from follow-up interventions for those with uncertain results.

Eight other healthy infants were diagnosed with gene variants with moderate probability of clinical disease and variable expressivity for other conditions, mostly various forms of cardiomyopathy, which might manifest in childhood. No one knows how many of those eight children will develop those conditions or how many bad outcomes might be avoided by actions taken as a result of knowing the genetic results.

So what are the clinical benefits of genome sequencing of 127 healthy infants in the study? One infant has been diagnosed and treated for partial biotinidase deficiency, with unknown clinical benefit. Nine others have been diagnosed with genetic risks that will require years of follow-up before any clear assessment of benefit and harms can be made. In the context of NBS of almost four million babies in the United States, following up 400,000 babies could lead to uncertain health benefits, potential harms, and increased healthcare costs.

Americans are enthusiastic users of new healthcare technologies, such as magnetic resonance imaging and computed tomography. Such technologies can be of great value when used to diagnose conditions in sick patients but when applied in the absence of clinical indications may yield limited clinical benefit despite incurring high costs. Genome sequencing is another novel technology that has great promise for resolving clinical diagnoses among sick patients, but the benefits are uncertain for healthy persons. Other studies have documented clinical benefits of sequencing acutely ill infants with suspected monogenic disorders. In contrast, sequencing the genome of healthy individuals yields substantially less benefit than among patients with suspected genetic diseases despite an equally high cost and the potential risk of harm from follow-up interventions for those with uncertain results. Additionally, genomic sequencing of healthy infants and children in particular could pose risks of harm due to uncertain validity and, in the vast majority of cases, limited clinical actionability or utility.

One comment on “Let’s not get too excited about genome sequencing of healthy newborns. Here’s why!”

Thank you for this valuable contribution, which contains a lot of information that I was not aware of yet. (I won’t be the only one.) It emphasizes clearly that there is still a lot more that we don’t know about genes than what we do know.

In the discussion about various kinds of gene therapies, it is sometimes suggested that this is a debate of people who believe in nature versus people who believe in science. In reality, it concerns the combination of both and the uncertainty in the outcomes of such combinations tells us that it is wise to proceed with caution (by which I do not mean “with fear”).

Great scientific developments rarely constitute green lights to barge ahead enthusiastically but blindly, We for example once saw insecticides and pesticides as wonderful inventions and there may even be a Nobel Prize associated with them. But now we count the collapse of many populations that depend on insects as well of insect populations among our greatest worries. These other species may not all be cute or cuddly, but they serve as indicator species for the risk to human life, like canaries once did in coal mines. This teaches us something.