When Should You Be Screened for Colorectal Cancer? 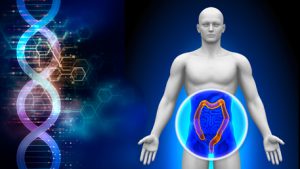 Starting at the right time saves lives. People with a family history of CRC may need to start much earlier.

Doctors and public health professionals strive to live by the creed “First, do no harm” but often wrestle with difficult choices, including when and how often screening tests should be conducted. Effective prevention of colorectal cancer (CRC) is no exception. CRC is one of the most preventable forms of cancer and screening at the right time saves lives. Detection and removal of precancerous lesions at an early stage has been shown to significantly reduce CRC incidence and mortality. However, because the benefits of screening must be weighed against the potential harms, determining the most appropriate age to begin is critical. While not common, harms associated with colorectal screening can range from unnecessary tests and anxiety to serious injury and infection. For example, recently researchers found that infections associated with colonoscopy were higher than previously thought within a study of ambulatory surgery centers in six states.

Begin CRC Screening for People of Average Risk at Age 50

Based on the 2016 U.S. Preventive Services Task Force (USPSTF) recommendation for people of average risk, CRC screening should begin at age 50 and continue until age 75. The USPSTF is an independent panel of experts in prevention and evidence-based medicine that is supported by the Agency for Healthcare Research and Quality (AHRQ). CDC actively supports and promotes USPSTF recommendations because they are based on rigorous methods and extensive reviews of evidence and are widely considered the gold standard for clinical preventive services.

BUT, for Those with Family Health History of CRC, Screening Should Start Earlier

It is important to remember that the guidelines we have discussed, so far, apply to people of average risk. For the 5 % to 9% of the population with a first-degree relative (parent, child or sibling) with CRC, the risk is higher than the population risk. Organizations making recommendations for people with a family health history of CRC agree that people at higher risk may need to begin screening at an earlier age. According to guidelines from the U.S. Multi-Society Task Force on Colorectal Cancer, those with a family history of first-or second-degree relatives indicating increased risk of colorectal cancer should consider earlier screening with colonoscopy. A 2018 study, sponsored by the CDC Office of Public Health Genomics through the independent Evaluation of Genomics Applications in Practice and Prevention (EGAPP) Workgroup, explored the cost-effectiveness of CRC screening for people with family history of CRC. The study found that for people with one affected first degree relative, screening beginning at age 40 and repeated every 3 years was the most cost effective approach to CRC screening. However, the authors also stated that the screening interval could be extended to 5 years at age 45, and 7 years at age 55 if no precancerous lesions are detected.

Learn About Your Family Health History of CRC, Talk to Your Doctor About Your Risk, and Get Screened as Recommended

In summary: if you are ages 50 to 75, you should get screened for colorectal cancer as recommended by the USPSTF. However, people at increased risk may need screening much earlier than people with average risk. Learn about your family health history of CRC and any hereditary condition associated with CRC that may run in your family—and talk to your health care provider about how it affects when and how often you should be screened. That conversation could help save your life!

As always, we welcome your comments and questions.