The Appropriateness and Cost of Thrombophilia Panel Testing: It’s Complicated 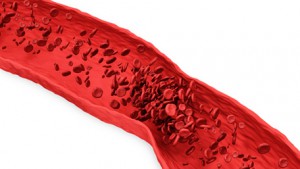 Deep vein thrombosis (DVT) and pulmonary embolism (PE) are two manifestations of venous thromboembolism (VTE), an underdiagnosed, serious, and sometimes-preventable medical condition that occurs when a blood clot forms in a deep vein (DVT) and subsequently breaks up and travels to the lungs (PE). DVT/PE is a serious public health problem [PDF 1.15 MB] affecting an estimated 600,000–900,000 people on an annual basis and causing up to 100,000 deaths each year. It is understandable that many patients confronted with DVT/PE want to know as much as they can about the condition and whether they should undergo genetic thrombophilia panel testing to determine if they have an inherited tendency to form blood clots.

An article recently published in the Journal of Hospital Medicine stated that unnecessary use of tests for thrombophilia costs Medicare about a half billion dollars ($300 million–$670 million) annually. The panel of commonly prescribed tests described in the article includes testing for mutations in the MTHFR, F2, and F5 genes. Healthcare providers commonly order these tests to assess if a genetic trait may play a role in a patient’s risk for developing life-threatening blood clots.  The authors point out that, with some exceptions, knowing this trait should not affect the choice of medical treatment (e.g., blood thinners) for people with an acute DVT/PE and, therefore, does not offer clinical value in that setting.  In some cases testing may actually introduce potential harms, including patient anxiety, adverse effects of treatment, and additional unnecessary testing. Despite this, the article reports that Medicare reimbursed for 280,000 tests for thrombophilia in 2014, which does not include those covered by private insurers.

The study’s estimated annual cost appears to be overstated, having been based on laboratory charge estimates that do not tell us how much payers actually pay. Also, test costs are likely much lower today than at the time of the publication of the estimates in 2001. However, we do not wish to debate specific cost estimates, since that might distract from the primary take-away point: unnecessary genetic tests are a drain on scarce healthcare resources.  Money spent on tests of uncertain benefit is money that could otherwise be spent on clinical services that are known to improve health. And beyond the cost of testing itself are costs of physician assessment, genetic counseling, and patient time, as well as follow-on testing and treatments that may even be harmful.

However, to characterize all thrombophilia panel testing as inherently wasteful oversimplifies a complex public health problem. We need to better understand the reasons why physicians commonly order the tests and what patients and physicians expect from the results.  The dramatic nature of PE, which involves sudden onset and high risk of death, no doubt contributes to a stressful diagnostic environment.  Further, there are important scenarios where thrombophilia panel testing is appropriate. For example, women with Factor V Leiden (FVL) who take oral contraceptives are at higher risk for developing VTE and, if tested and found to have FVL, can be prescribed a more appropriate non-hormonal contraceptive.

Inappropriate use of the thrombophilia panel comprises only one example of genetic testing applications considered as “Tier 3” on CDC’s Tier Table Database. Tier 3 genomic applications lack adequate analytic validity, clinical validity, or clinical utility and evidence-based panels have recommended against their use after evaluating scientific evidence and determining the likely balance of related benefits and harms to be unfavorable to patients. In contrast, Tier 1 genomic applications have been recommended by groups such as the U.S. Preventive Services Task Force, based on evidence of validity and utility in specific clinical scenarios. Underused genetic applications under the Tier 1 heading represent missed opportunities to save lives in a cost-effective manner.

We need more research to assess genetic tests that have been classified as Tier 3 applications. Complex public health issues, like thrombophilia panel testing, deserve careful consideration of the specific clinical scenario. Depending on the clinical reasons for ordering, thrombophilia testing may or may not be a Tier 3 application. If patients use test results to adopt measures such as avoidance of prolonged inactivity to reduce their risk of developing blood clots, testing may have clinical value. Therefore, it is important to understand the underlying reasons why thrombophilia tests are ordered in order to estimate how many fall in the Tier 3 application category. That information can be used to inform patients, physicians, and payers about opportunities to avoid unnecessary spending on genetic tests that are not likely to be helpful and may even be harmful. Finally, it is important to encourage appropriate use of Tier 1 genetic applications, which have good evidence of benefit.