What Gets Measured Gets Done: Public Health Progress in Familial Hypercholesterolemia 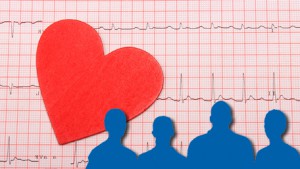 Just 4 years ago, one of us (MJK) co-chaired the Familial Hypercholesterolemia (FH) Foundation’s first FH Global Summit: Awareness to Action held in Annapolis, Maryland. The Summit brought together people from academia, government, the private sector, clinicians, as well as patients with the ambitious goals of raising awareness of FH, identifying key knowledge gaps, and developing tangible solutions to address these gaps. A product of the Summit was a paper entitled, Reducing the burden of disease and death from familial hypercholesterolemia: A call to action. The action plan identified a number of solutions largely centered on the mantra of “what is measured gets done.” The plan included:

In October 2016, the FH Foundation held their fourth annual FH Global Summit—Translational Medicine in FH, co-chaired by Drs. Dan Rader from the University of Pennsylvania and Børge G. Nordestgaard from Copenhagen University Hospital, Denmark. Drs. Michael Brown and Joseph Goldstein, who won the Nobel Prize in 1985 for their work on cholesterol metabolism, highlighted the summit with their keynote address. The summit’s variety of talks ranged from basic mechanisms of disease and new therapies to cholesterol guidelines to public health aspects.

The summit talks reminded us of how the actions of many groups working together caused so much progress on FH in such a short period of time. All four of the areas identified above have been addressed!

In 2015, The Agenda for Familial Hypercholesterolemia: A Scientific Statement from the American Heart Association was published. This report discussed the pathogenesis and natural history of FH and proposed a simplified case definition and treatment strategies, including the necessity of family-based cascade screening.

On October 1, 2016, FH-specific ICD-10 codes were adopted for both a diagnosis of FH (code E78.01) as well as a family history of FH (code Z83.42). These codes were approved, based on a 3-year application process initiated by the FH Foundation, soon after the initial FH Global Summit. Of course, the next step for success will be proper adoption and utilization of these codes by healthcare providers and health systems.

Finally, the FH Foundation launched clinical site enrollment in a national patient registry in 2014. The CASCADE FH ™ Registry now contains data on about 4,000 individuals with FH. An initial 2016 publication highlighted the fact that individuals with FH are, on average, identified in their mid-40s, unfortunately often after a sentinel cardiovascular event. Furthermore, despite receiving care at leading lipid clinics around the country, many have LDL-cholesterol levels that are not optimally controlled.

Identifying and treating individuals with FH presents a real opportunity for heart disease prevention, an important public health goal. While much remains to be done, especially regarding increased clinical and public health efforts at identifying barriers to family-based cascade screening efforts, it is clear that the landscape for FH patients is slowly changing.

One comment on “What Gets Measured Gets Done: Public Health Progress in Familial Hypercholesterolemia”

Great health on public awareness of addressing familial hypercholesterolemia! Addressing this will help diminish the incidence of peripheral artery disease in these poplutations. Thanks.