I’ve had a longstanding professional interest in cultural perspectives on obesity – particularly among African American women. In fact, it was a central focus of my doctoral studies. I conducted my research between 2001 and 2005, but I continue to be intrigued by the social and cultural meanings ascribed to body size and shape. These Read More >

The Image of Equity

Many of my childhood thoughts of equity related to women’s rights. I grew up at a time when girls could think about growing up to do the things that men did. However, women’s roles in society had just begun to shift, and there were still very few publicly visible role models—particularly for girls of color. Read More >

“In short, we urge the nation’s leaders to embrace the idea that an economically vibrant and sustainable American future depends, almost wholly, on a broader vision for equity, one that recognizes that lifting up the least of us will lift up all of us.” Uncommon Common Ground: Race and America’s Future; Blackwell, Kwoh, Pastor; 2010. Read More >

Men’s Health Month and Father’s Day were officially celebrated in June, but as wives, daughters, and partners, every day we recognize the unique social, cultural, and economic challenges affecting men’s health and particularly men of color. I’m excited about the growing attention to men’s health as evidenced by the number of scientific journals devoted to Read More >

“…isms” and the pursuit of health equity

Last fall, our office hosted the inaugural “Forum on the State of Health Equity at CDC.” The purpose of the forum was to examine CDC’s progress in the implementation of policies, programs, surveillance, and research that contribute to achieving health equity. We grappled with definitions, measures and indicators, program components, and the infrastructure needed to Read More > 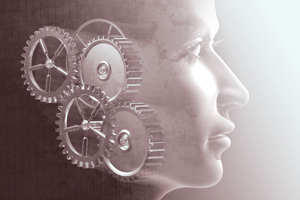 It is customary at the end of each year to pause and celebrate achievements, ponder lessons learned, and renew commitments to do more, even better. Having marked our accomplishments, we look to the new year with anticipation and new aspirations. As we begin 2013, I want to reflect briefly on progress in the national agenda Read More >

A colleague and I were recently discussing “the good ole days” over lunch. We reminisced about the neighborhoods we grew up in, the influence of our families and friends, and how we dodged poverty, violence, and isolation. When I look back, my years in college were probably the most significant period of personal growth, hard Read More >

Continuing to Enjoy the Ride: Reducing disparities in motorcycle deaths and injuries 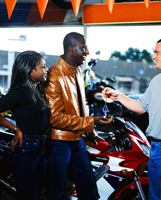 This summer, my nephew was killed while riding his motorcycle. He was just 2 months shy of his 41st birthday. I can still hear my daughter saying “I have some really bad news…Junior died.” The crash happened at night. He was hit by a car turning left into the entrance of an apartment complex, and Read More >

Silence as a Risk Factor for Health Disparities

Having been raised in the South by my grandmother, I was taught there were topics that were inappropriate to discuss in public. There often was a culture of silence around issues of sexuality, marital infidelity, homophobia and other forms of sexual difference, poverty, neglect and abuse, and specific health problems people were experiencing. It wasn’t Read More >