Posted on December 5, 2016 by Blog Administrator 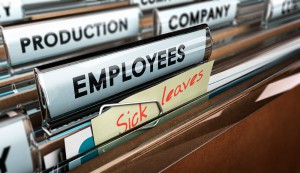 But not all state and local food codes include FDA’s sick worker rules. In fact, 19 states have not adopted these rules. And some food workers work while sick even when their states or localities do have those rules. Indeed, 20% of food workers say they worked at least one shift with vomiting or diarrhea in the past year.

CDC’s findings suggest several approaches the restaurant industry could use that may be effective in preventing workers from working while sick:

State and local health departments might also be able to reduce the number of workers that work while sick by taking steps to align their food codes with FDA’s latest Food Code guidelines on sick workers, including

Health departments could also educate and work with the restaurant industry on these guidelines and enforce them where they are in place.

Preventing sick workers from working is critical to reducing foodborne illnesses and outbreaks. The restaurant industry and state and local health departments have a number of tools they can use to accomplish this.