Posted on September 19, 2016 by Blog Administrator 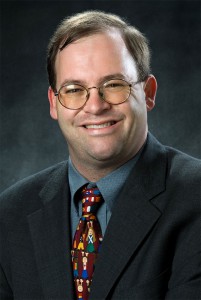 “I often used to feel like ‘A Connecticut Yankee in King Arthur’s Court’ — an out-of-place urban planner among physicians, epidemiologists, and nurses at CDC,” says Chris Kochtitzky, an Associate Director for Program Development in CDC’s National Center for Environmental Health.

Mark Twain’s 1889 novel, A Connecticut Yankee in King Arthur’s Court, is about a mechanic in 1912 who bumps his head, is knocked out, and wakes to find himself in the land of King Arthur among knights, damsels, and a king. Although a unique minority at CDC, urban and community planners are crusaders for public health.

Early Life in a Turbulent Place and Time

Born and raised mostly in Jackson, Mississippi, Chris is one of two children whose parents were civil rights workers in the 1960s. His father Bob welcomed black leaders into his home that also served as his office, and helped form the Committee of Concern to raise money to rebuild black churches that had been burned. On November 19, 1967, a terrorist’s bomb exploded on the front steps of the Kochtitzky home.

Thankfully no one was hurt. The bombing was the climax of a series of hostile actions toward the Kochtitzky family that included a cross burning on their front lawn. The family relocated to Maryland the following year and also lived in D.C. before returning to Mississippi in 1976.

A Life of Public Service

An underlying desire to follow in his father’s footsteps and pursue social justice and a life of public service, led Chris to CDC. He recalls a favorite quote of his father’s: “I’ve always believed that we are put on this earth to comfort the afflicted, and to afflict the comfortable.”

After obtaining a bachelor’s degree in political science, Chris went on to acquire a Master of Science in Urban and Regional Planning specializing in Environmental Planning, at Florida State University in 1992. After graduation, Chris was selected for a President Management Fellowship at the Agency for Toxic Substances and Disease Registry (ATSDR), a sister agency to CDC. He worked at ATSDR for 5 years before moving to CDC’s National Center for Environmental Health (NCEH).

Chris was recruited to NCEH when its director Dick Jackson was becoming interested in the built environment and public health. Dick was delighted to learn an urban planner was in his midst, and their first meeting lasted longer than 2 hours. Chris’s first professional paper at NCEH was about the potential public health consequences of urban sprawl.

He felt it “afflicted some of the comfortable.”

Chris has been passionate about urban planning and community development since that initial meeting. He is also passionate about networking. “I network like other people breathe oxygen,” he says. He works hard to build bridges and networks to harness opportunities among professional advocates of the built environment: engineers, architects, and urban planners, engaged in activities that can have a positive impact on public health.

Chris refers to these professionals as the invisible public health workforce. They work in city and state planning and transportation divisions. “Most of them don’t think of themselves as involved in public health, but they are,” he says. The person who decides whether there will be sidewalks and bike lanes in a community, or whether there’s a marked crosswalk with a timed crossing signal may not work in public health, but those decisions are critical to whether or not affected populations can safely walk or bicycle for health.

In 2004, the Community Guide established the first two recommendations about built environment interventions to increase physical activity. These recommendations were the result of examining about 350 studies worldwide:

The recommendations support increased physical activity, and are crucial to public health, and the fight against obesity, hypertension, heart disease, and diabetes, while also contributing to overall wellbeing.

For the past 2 years, Chris has been part of a team reviewing recommendations in the Community Guide. In the 10 years since the recommendations were made, the science base went from 350 studies about built environment and physical activity to over 60,000 worldwide.

More and more people recognize that physical inactivity and resulting cardiovascular disease and obesity, two significant public health problems, are in part individual choice and also the community environment in which you live. If you live in New York City, for example, walking and bicycling are easier options than if you live in Atlanta or Phoenix. Cities such as NYC have greater connectivity, and things are closer together, with better pedestrian and bicyclist infrastructure (wide sidewalks and bike lanes) that lead to and support mixed-use zoning.

“This is the imperative,” says Chris. Many people don’t have the time to walk or bicycle just the sake of it, but if they can do so with a purpose—to pick up a prescription, run an errand, or get to work—they are more inclined to do so rather than drive.

Chris emphasizes that physical inactivity and the resultant obesity, cardiovascular disease, and diabetes are enormous public health problems. Public health does not own all of the levers that need to be pulled to help fix these problems.

The invisible public health knights out there—the transportation engineers, zoning officials, and others—play a vital role in combating these issues. By working with public health officials and the scientific community as crusaders on a public health mission, these professionals can help fix decades of problems going forward.

The following are the 10 professional associations representing the built environment of developers, architects, engineers, developers, etc. that have a public health program:

The missions of CDC and HHS include promoting top quality science and best practice. This goal is demonstrated in the recommendations of such documents such as the National Prevention Strategy and the Surgeon General’s Call to Action to Promote Walking & Walkable Communities.

To support these and other efforts, CDC created the Best Practices Framework and continues to support the work of the Community Preventive Services Task Force, one of two HHS-supported nongovernmental advisory bodies made up of scientists from the private sector and academia nationwide. The other is the U.S. Clinical Preventive Services Task Force, which makes recommendations that relate to what physicians recommend to individual patients, such as regular mammography or prostate screenings.

Tweet this: “A Connecticut Yankee in King Arthur’s Court at CDC. Check out @ http://bit.ly/2chI529 #CDCEHblog via @CDCEnvironment”