Shouting in the Dark: Emergency Communication in USVI After Irma and Maria 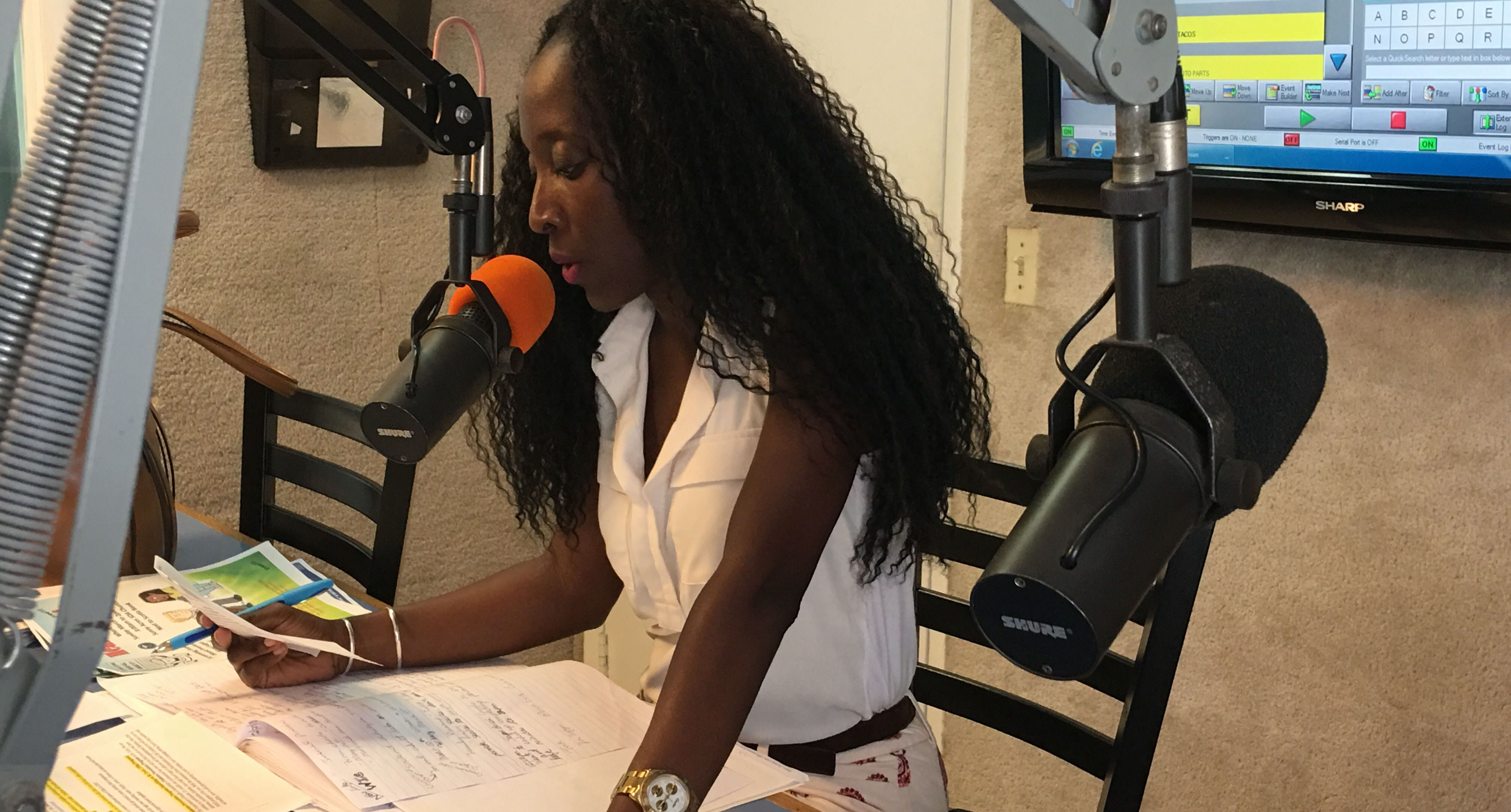 Communication experts often say, “When you’re communicating during an emergency, always think about what you’d say to your mom. What information would she need the most? How would you explain it to her? What would you need to know for sure before you told her? And just how far would you go to reach her?”

When Hurricanes Irma and Maria hit the U.S. Virgin Islands (USVI) in September 2017, this wasn’t just advice for Nykole Tyson. Nykole is the USVI Department of Health’s (DOH’s) Director of Public Relations. She serves as the DOH spokesperson and emergency communicator. Like all of USVI’s responders and government officials, she is a survivor who was impacted by the storms. Nykole’s home had water and roof damage and she was without water or power for four months. “I caught rain water in barrels and used solar lights sent to me by friends living stateside,” Nykole said. She lived on a cot in her office in the DOH for several weeks between and after both storms. .

The storms destroyed most of the territory’s communication infrastructure, making both personal and mass communication nearly impossible. Nykole was unable to reach her own family for four days after the second hurricane. However, within hours of both storms, she was on the radio talking to her community about how to stay safe, find shelter, and stay strong. Nykole wasn’t just talking to the public, she was talking to her neighbors, her community, her family, and even her mom.

Just hours before Hurricane Irma hit USVI, Nykole was a spokesperson on local radio stations and distributed press releases, public service announcements (PSAs), and social media messages with critical information about how to prepare for the storm. When the storm hit on September 6, electricity, cell, and Internet access was cut off across most of the territory. People sought resources, shelter, and safety, and many struggled to locate friends and loved ones. Virgin Islanders needed to know how to stay safe around downed power lines, debris, mold, and floodwaters.  There was only one working radio station after the storm and Nykole immediately went on the air to give safety tips and updates about available services. She also realized that some people were still able to access Facebook, and the social network became one of the primary means of communication throughout the response. The USVI DOH Facebook posts from September provide a glimpse into how events unfolded and demonstrate the DOH’s commitment to responding to the public’s concerns.

Just 12 days after Irma, USVI was preparing for another major hurricane—Maria. Only this time there were limited ways to alert the public and provide health and safety information. Virgin Islanders, Nykole included, needed to find shelter or prepare their homes, many of which were already damaged, for the impact of another hurricane. Nykole did a PSA on the local radio station from her own home as she was securing her furniture and checking her emergency supplies. “We will get through this,” she repeated over the radio. Unbeknownst to the listeners, Nykole’s family had lost phone service after Irma. She had been unable to reach them so she was driving to her mom’s house to give her family the same safety information she was sharing on the air.

When the storm hit, Nykole and about one hundred other DOH staff took care of special needs patients sheltered in the DOH building. As the wind battered and shook the concrete building, they thought of their communities, homes, and families on the islands. “We were all scared,” she recalls. As soon as the clouds cleared, Nykole was back on the radio, “We survived two category fives. We lost property but we still have our lives. All is not lost. It is time for us to rebuild.”

USVI DOH staff had to be creative and resourceful after the storms because the typical means of communication were down. The best ways to share information immediately after the storms was through paper flyers, radio, and in-person outreach. CDC and the U.S. Postal Service assisted with printing and distributing a flyer on key health tips to every mailbox on all four islands. CDC health communicators deployed to USVI to support outreach efforts started conversations the islands at churches, stores, disaster recovery centers, radio stations, and schools.

When asked about lessons learned, Nykole reflected, “Do not underestimate the power of radio.” She is still making radio appearances to engage the community, repeat the key messages, answer questions, and encourage community members. While she is running errands, people stop to thank her and comment on her energy. “There were so many times I wanted to cry when I was on the radio, but the listeners didn’t know that,” she says. People tell her how she kept them calm during the worst of the storms, and, hearing her now, still on the radio, lets them know that their government officials are still working hard for them.

Nykole’s experience shows how a talented spokesperson who is also a survivor can be the best voice to engage and reassure a community after a disaster. All responses could benefit from people who care for and communication with the public as if they are family.

2 comments on “Shouting in the Dark: Emergency Communication in USVI After Irma and Maria”

My son takes medications that are crucial for his wellbeing. How can a person get a three month back up supply with all the restrictions in place?