Plain Language Past and Present, Part I: The Legacy of “Gobbledygook”

Ever been confused—or annoyed—by stuffy, stiff, hard-to-understand writing in a government document or statement? You’re not alone.

For this reason, the Plain Writing Act of 2010 was passed, ordering U.S. government agencies to write in plain English. To support the law, the government created a website, https://www.plainlanguage.gov/law/, featuring guidelines, resources, and before-and-after examples.

There’s also a history that details plain language progress through the years. The early efforts listed there get little attention today; however, many are very interesting.

This blog post is the first in a series of three—Plain Language Past and Present—that will showcase early efforts, including Gobbledygook Has Gotta Go, a 1996 pioneering book by Bureau of Land Management employee John O’Hayre.

This book is as helpful as it is entertaining. It not only gives still-very-relevant lessons on why plain language is better than “pomposity,” but also clearly expresses the author’s exasperation with pretentiously written content. 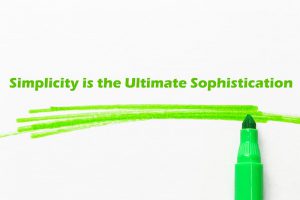 Here are two of Gobbledygook’s many egregious examples of too-complex writing:

Temperature is a most important factor in determining the ecological optimum and limits of crop growth, and therefore the agricultural exploitation of our water and soil resources. Like precipitation measurements, temperature is probably measured within the present accuracy of our knowledge of temperature effects on resource utilization, and provides us with a standard measurement which can be linked empirically or theoretically to specific environmental applications.

About the latter example, O’Hayre wrote: “We didn’t find one person that fully understood what the weather-expert-author was talking about. The writer wasted all those big words.” Stop to think about that: no one—not one person—who read those two sentences knew what they meant! That’s why stiff, overly formal, gobbledygook language is never a good idea. That’s why CDC mandates use of plain language.

About the former example, O’Hayre wrote: “When we advised the author to rewrite it in simple language, he complained that it couldn’t be done.” Not so, of course. Here’s the same content, simplified:

The appropriate concepts of cost and gain depend on which works best and what policies apply, factors which depend in part on the search for the right criterion.

Temperature is key in determining crop growth and how much water and soil are used for farming. We probably measure temperature (and rainfall) according to our knowledge of how it effects water and soil use. This tactic creates a standard measure, which we can link to specific environmental applications.

In these examples, O’Hayre includes both the original and the much-improved rewrite:

“What concerns us here is stuffiness, which is pomposity, which is gobbledygook:
Endemic insect populations cause little-realized amounts of danger to forage and timber.

See how the atmosphere of this short sentence is changed by rewriting it this way:
Native insects do more damage to trees and grass than we realize.

“Franklin D. Roosevelt was convinced that the simple, personal style of writing was the most dignified. Once, Frances Perkins wrote this line in a speech for him:
We are endeavoring to construct a more inclusive society.

That night when FDR read the line on the radio, it came out this way:
We are going to make a country in which no one is left out.”

Despite being written decades ago, these two very frank takes by O’Hayre on use of gobbledygook are still quite accurate today:

“Whether a jargon writer is motivated by fear of common English, a passion for snobbery, a desire to hide his lack of preparation, or fuzzy thinking, he’s a menace to clear communications.”

“What causes pomposity in writing? Two things mostly:
(1) An error in judgement. When you write pompously, you judge wrongly that readers appreciate elegant writing; that they expect you as an educated person to sound elegant and impressive.

(2) An almost maniacal madness for using big words. H.W. Fowler says that those writers who run to long words are mainly the unskillful, who confuse pomposity with dignity.”

Gobbledygook deals with many of the plain language principles CDC mandates today. Let’s take a brief look at one such principle: avoiding pompous-sounding language.

“Big words are not always bad,” O’Hayre wrote. “They are bad when the writer is obsessed with them,” “when he uses them to the exclusion of plain words.”

Not writing for the public? From high school students to health professionals, from conference attendees to your colleagues, all audiences prefer uncomplicated, clearly written content. Being understood is always better than sounding smart! 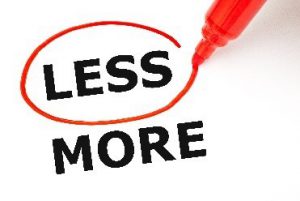 WORDY/STIFF:
— Due to the fact that it would be advantageous to avoid a storm of this magnitude, it is advised that residents commence with evacuation procedures immediately and without delay.

BETTER:
— It’s best to avoid a storm of this size. We suggest residents begin evacuating now.

WORDY/STIFF:
— We ascertained that numerous individuals indicated they utilize the service.

BETTER:
— We learned many residents said they used the service.

Notice that the revised sentences convey the same information and are not “dumbed down” in any way. They are simply written far more clearly.

Complex words are unnecessary, as shown by how easily replaceable they are: “give” instead of “disseminate,” “beginning”/“start” instead of “inception,” “added”/“extra” instead of “cumulative.”

However, technical words and phrases are quite often necessary. We have to say them: i.e., “epinephrine,” “air pollution,” “morbidity”  “pandemic.” Just remember that such a term may be unfamiliar to your readers or audience, so be sure to explain to the when it’s first used.

Examples:
— “Pandemics happen when new viruses spread from person to person.”
— “An attenuated vaccine is a vaccine that has a weakened form of the virus in it.”
— “Acute Radiation Syndrome (ARS) is a collection of health effects that present within 24 hours of exposure to high doses of radiation.” 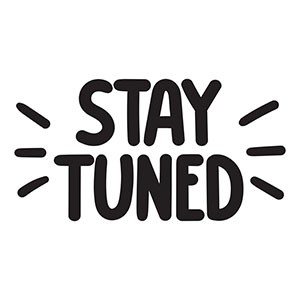 Part II of this series will explore more entertaining plain language history and its present-day application.

Tweet this: “Ever been confused—or annoyed—by stuffy, stiff, hard-to-understand writing in a government document or statement? You’re not alone. Learn more about CDC’s plain language guidelines at https://bit.ly/3eMaVJo #CDCEHblog via @CDCEnvironment”