Run for Your Lives

This weekend I attempted to stay healthy by running in a 5k. This wasn’t just any 5k though; along with several obstacles and an absurd amount of mud, it included zombies trying to “infect” runners (i.e. steal their flags). Of course what better way to improve your race time than to be chased by zombies?

I joined 2500 runners, 500 zombies and many more spectators at the Run for Your Lives race held just outside of Atlanta in Union Point, Georgia.  Proceeds from the race went to the American Red Cross and CDC set up a booth where we had the opportunity to talk with other zombie enthusiasts about how preparing for a zombie apocalypse would help them prepare for any disaster.  It was a great opportunity to engage such a diverse audience on CDC’s mission and emergency preparedness. Of course, people also loved that we had our zombie posters and preparedness novellas to hand out.

Come race time, my trusty running partner, Dave Daigle, and I donned our gear and accepted our fate that we might not make it out alive…or at least with all our flags. We decided to run as part of the “Dessert” crew, in hopes that the “Appetizer” and “Entrée” groups would occupy the zombies’ attention so we could slip by unnoticed.  Unfortunately, there were so many zombies that no matter what crew you ran with, it was hard to make it through alive. In fact, according to the race results only 522/2467 or 21% survived! We also had a few CDC zombies in the mix who could be heard shouting “Leader braiiiins, grab their flags” so we like to think the zombies had it out for us.

After some running and a lot of slipping and sliding we made it through the course. Sadly, without any of our flags, but despite the muddy conditions, I had a blast! Staff from CDC had a great time dressing up as zombies, cheering on runners, and spreading the word about zombie preparedness.
Did you fight for your life in this zombie-infested race? Let us know what you thought, leave a comment 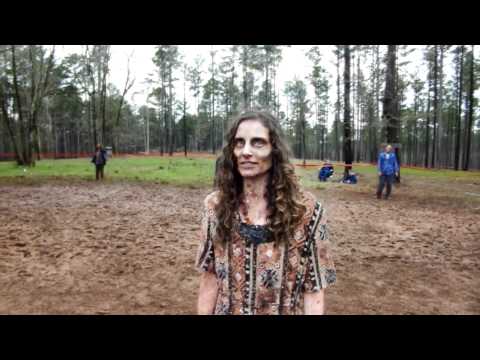 6 comments on “Run for Your Lives”

I think it’s awesome that the CDC was there as both runners and zombies! It’s nice to know a government agency can be a little tongue in cheek and help spread the word that being prepared for a zombie apocalypse can be beneficial for being prepared for any natural disaster. I can’t wait for the run here in Denver, CO in July.

We did the 1 PM wave. It had stopped raining by then but it was still ankle-deep mud throughout. What a fun, muddy day. Definitely going to be zombies after the race next time around.

Excellent! The zombie obstacle must have been a no brainer…

@Mya @Jessica: thanks you!

This is awesome! Physical exercise with a little zombie twist aka CDC style. My only regret is that I am just now finding out about this. I hope this event takes place again next year and I have the opportunity to participate.