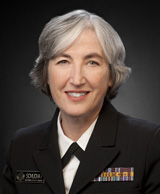 Today’s world of increasing interconnectivity and mobility accelerates the shared global risk to human health and well-being. The United States cannot effectively protect the health of its citizens without addressing infectious disease threats around the world. A pathogen that begins in a remote town can reach major cities on all six continents in 36 hours[1]. When the SARS coronavirus outbreak struck Beijing in 2003, we saw a city of 14 million people come to a standstill– empty airports, hotels and restaurants; schools and universities closed; and travel and trade interrupted. When Ebola struck West Africa in 2014, killing 11,000, the tremendous loss of life shook the world. As we saw with Ebola, even the threat of spread of an infectious disease can have a significant impact in the United States. Helping other countries to control disease outbreaks where they start is by far the most effective and cost-efficient way to prevent diseases from spreading to the United States.

In 2017, CDC and partners, both governmental and nongovernmental, continued to fulfill the vision of GHSA, providing leadership in health security capacity building programs around the world. The work support by CDC has translated into faster detection, response, and containment of disease threats. This week, the U.S. government launched a report on 2017 accomplishments, titled “Implementing the Global Health Security Agenda: Progress and Impact from U.S. Government Investments.” Yesterday, the White House released a statement about the report.

I want to highlight just a few examples of the accomplishments highlighted in this report. In April 2017, Liberia reported 14 cases, and eight deaths, from an unidentified illness. The country quickly mobilized 14 U.S.-trained Liberian disease detectives, activated the new national Public Health Emergency Operations Center (PHEOC), and deployed a national rapid response team. By happenstance, I arrived in Liberia in early May 2017 for a series of visits to see the GHSA-funded activities. I had the chance to meet some of these first responders – each and every one of whom praised CDC’s frontline disease detective training and talked about how critical this was to their success in controlling this outbreak. Local laboratory testing ruled out Ebola within 24 hours, and CDC laboratories in the United States confirmed the cause as meningococcal disease, a deadly bacterial illness; CDC laboratories also provided reagents to Liberia for further testing. Rapid and coordinated response interventions, such as contact-tracing, limited the outbreak to 31 cases and 13 deaths.

Additionally, CDC has spearheaded efforts to enhance event-based surveillance (EBS) in U.S.-supported GHSA countries. For example, the EBS pilot platform in Vietnam trained nearly 9,000 public health workers and reported more than 4,000 potential events, 317 of which required a public health response. CDC brings a “One Health” approach to our work in Vietnam to ensure deadly bugs that circulate among animals don’t threaten humans. When I visited Vietnam in August 2017 and spent time touring the live bird market in Hanoi, I was reminded how fine a line exists between animal and human health. In 2018, the Vietnam Ministry of Health is preparing to integrate EBS into its national surveillance system and launch it across the entire country. A recent issue of Emerging Infectious Diseases further highlights accomplishments from CDC and partners to protect Americans and the global community by supporting containment of health threats at their source.

“The Global Health Security Agenda is a smart investment to protect American health, lives, and interests at home and abroad. Building on decades of experience, CDC’s disease experts and partners work to keep the world safe and secure by stopping disease threats early and at their sources” – Dr. Anne Schuchat, Acting Director, Centers for Disease Control and Prevention

Even if some diseases never reach American shores, they can threaten the US economy. Two recently published CDC analyses show that in addition to tragic loss of life, the next global infectious disease outbreak could harm the U.S. export economy and threaten U.S. jobs. Rapidly detecting and controlling disease threats in other countries is critical to the U.S. economy and jobs.

While we have made progress, there is still much work to do to accomplish the GHSA vision of a world safe and secure from infectious disease threats. CDC’s continued focus on global health security in 2018 and beyond will help ensure that critically important, but still fragile, accomplishments in some of the most world’s most vulnerable places can be sustained and further enhanced in the months and years ahead. By helping other countries protect themselves, we are able to better protect Americans.

On Monday, March 12 the Kaiser Family Foundation held an event on the future of U.S. global health security efforts with a panel of leading experts. Dr. Anne Schuchat, CDC Acting Director gave the keynote address at the event. Please see the video of Dr. Schuchat’s keynote address (here) or recording on Facebook (here).