Lessons Learned from Scaling up HIV Treatment in Mozambique 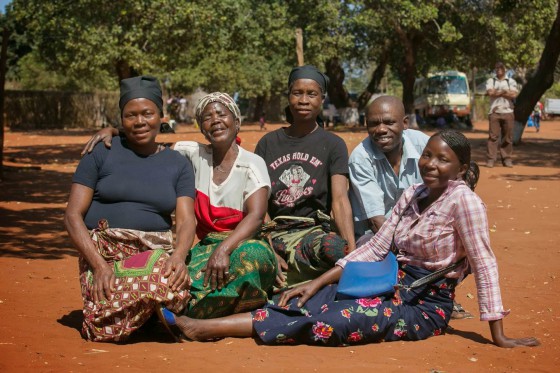 A new CDC study examining the first decade of HIV antiretroviral therapy (ART) scale-up in Mozambique revealed fewer people are dying from HIV in recent years, likely due to more patients starting treatment at earlier disease stages. The analysis also found that people who more recently began ART were less likely to remain engaged in HIV treatment and care over time. The analysis highlights participation in community ART support groups (CASGs), small groups of patients who support each other to remain on ART, as an effective strategy to significantly reduce loss to follow up. Full results of the study, the largest analysis of its kind focusing on a single country, were published in the October 2016 issue of the Journal of Acquired Immune Deficiency Syndromes (JAIDS).

Researchers from CDC’s Division of Global HIV and Tuberculosis and the Mozambique Ministry of Health reviewed over 300,000 individual records of HIV-positive adults enrolled in ART from 2004 to 2013 to evaluate trends and identify new ways to help increase access to treatment. Over the decade-long timeframe of the study, the number of people on treatment grew 37-fold, with an increase in health facility coverage and a decline in deaths during the first six months of treatment as more patients started ART at earlier disease stages.

Despite the significant scale-up of ART in Mozambique, CDC and its public health partners have encountered many real-world challenges to keeping patients on ART. The most concerning finding from the new study was that patients who began ART in more recent years were less likely to stay on treatment compared with patients who began treatment in 2004. This decreased retention was most notable among pregnant women, especially those starting treatment at very early disease stages.

The CDC study also analyzed participants in CASGs from 2010 to 2013. CASGs are small groups of patients from the same community who each take turns collecting the group’s medications from the health facility and distributing the treatments at community locations convenient for group members to access. The study found that participation in these groups significantly reduced the risk of losing participants to follow up, suggesting that these groups may be an effective model to scale-up ART.

CASGs provide a support system and reduce the burden on patients by reducing travel costs and time spent at the clinic waiting for prescription refills. CASGs also relieve a strained healthcare system as fewer people need to visit the health facilities every month. These groups have become an important component of Mozambique’s HIV care and treatment strategy, and could be used to deliver treatment in other resource-constrained settings. CDC and partners are piloting these efforts in five countries around the world.

As an implementer of the U.S. President’s Emergency Plan for AIDS Relief (PEPFAR), CDC is working in more than 50 countries to increase access to life-saving antiretroviral drugs for millions of people around the world. Through PEPFAR, CDC directly supported ART for 5.8 million people living with HIV in 2015, which is roughly one out of every three people on treatment worldwide. CDC is working closely with Ministries of Health, community groups, and civil society organizations to reach the most vulnerable populations with effective HIV prevention and treatment, and help them remain in care.

To learn more about CDC’s efforts in the fight against both HIV and TB, visit http://www.cdc.gov/globalhivtb.